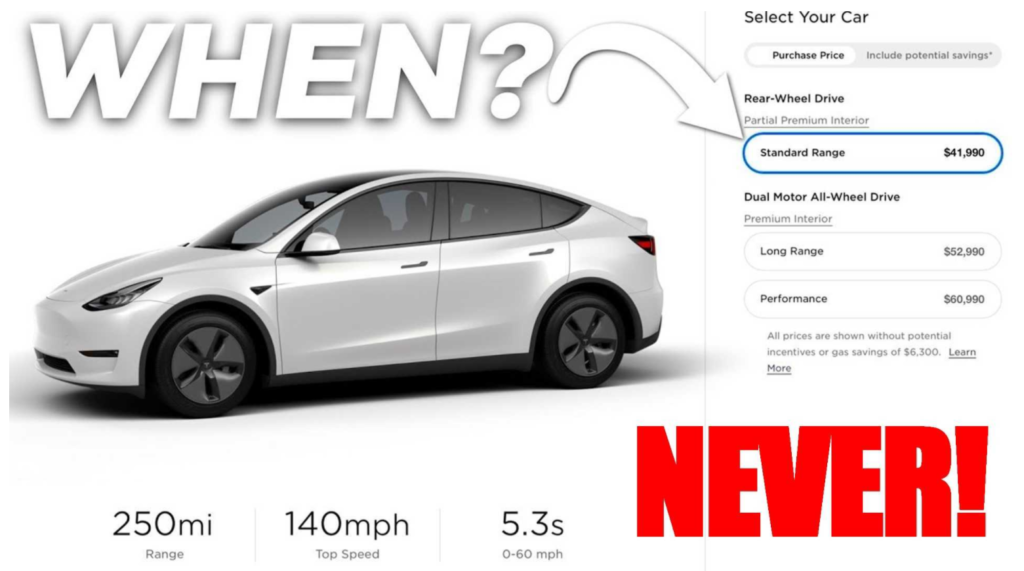 If that’s the new standard, we may have to wave goodbye to the Model 3 Standard Range Plus as well.

When Elon Musk said there would be no Tesla Model Y Standard Range Plus, his excuse was that the range would be too low, below 250 mi. That must have frustrated a lot of Tesla fans, but they may start to support this decision when they realize it may be very beneficial to the company. Musk suggested that when he said at the Q2 2020 Earnings Call that he thought the minimum range for EVs would now be 300 mi.

That was not the only thing he said that might worry other automakers willing to compete with Tesla. He also said 300 mi under the EPA cycle, which means WLTP 300-mi ranges do not count – got that, Volkswagen?

Musk’s exact words were these:

“With regard to passenger vehicles, I think the new normal for range is going to be, just in U.S. EPA terms, approximately 300 miles. So I think people will really come to expect that as some number close to 300 miles as normal.

That’s a standard expectation because you do need to take into account, like, is it very hot outside or very cold? Or are you driving up into a mountain with a full load? And it’s – people don’t want to have – get to the destination with like 10 miles range. They want some reasonable margins. So I think 300 is going to be really – or close to 300 is going to be a new normal, call it 500 kilometers, basically, roughly.”

Elon Musk is not speaking about that as recognition for market demands. If Tesla sold a very affordable EV with 200 miles of range, people would buy it. What he is doing is establishing that range as a new normal, starting from Tesla’s cars. Should we call it “standard range?”

If that happens, Tesla can brag about only selling cars with a minimum of 300 mi. It will then force other companies to offer at least that much under the EPA cycle. It would shame Porsche for the 203-mi EPA range of the Taycan 4S with even more authority.

If you like or plan to buy a Model 3 Standard Range Plus, pray for it. It may have its days counted. At least if its standard range does not meet really soon the 300 mi Musk think that are the new normal.