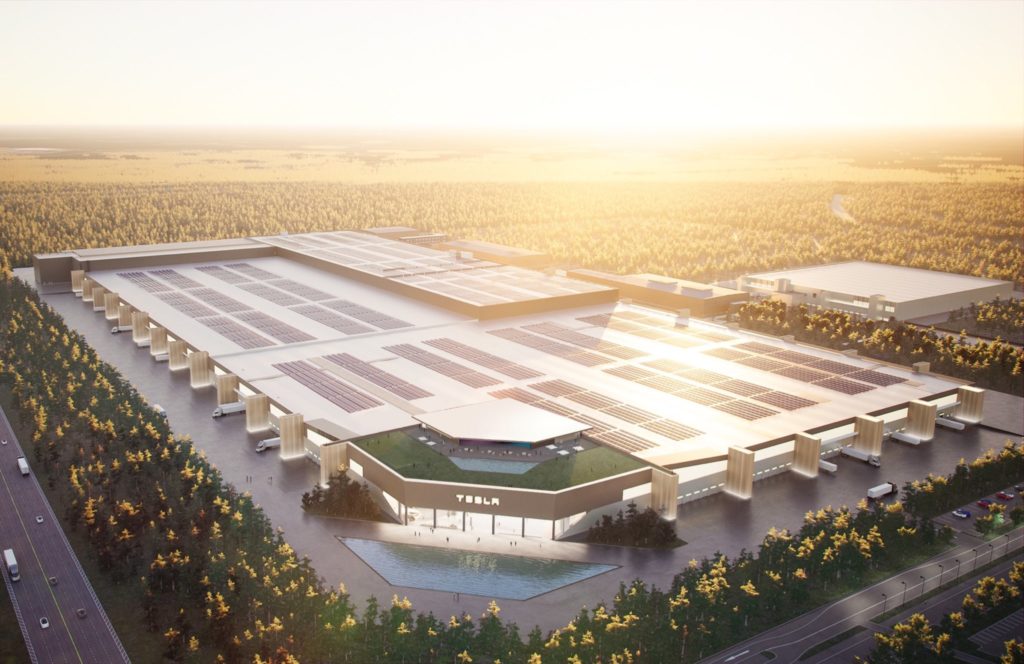 Musk: Giga Berlin to Be Constructed With ‘Impossible-Seeming Speed’

Tesla’s new factory near Berlin will be built even faster than the speedy construction of Giga Shanghai, Chief Executive Elon Musk said in a tweet.

“Giga Berlin will come together at an impossible-seeming speed,” Musk said on Twitter. “The prefabricated construction method in Germany is extremely impressive.”

Musk shared a rendering earlier this month of the factory, which is currently under construction. The factory is styled with a slightly more modern look than other Tesla factories. Solar panels line the roof. When asked on Twitter if there might be room for a pool, Musk replied “sure.”

Tesla broke ground on the factory, the company’s first in Europe, in June. There was a slight delay due to environmental activists and regulators concerns with the destruction of forest land. But, the project now seems to be in full swing.

Tesla hopes to start production at the plant by this time next year. Tesla has said the first vehicles off the European assembly line will the by the Model Y crossover SUV.

Video: Vandalism by Motorcylist I think there's a good chance something happened well before this video clip that made the motorcyclist justifiably pissed. It seems the big thin... Post by: TLLMRRJ, Yesterday at 11:46 AM in forum: Model 3

Your gonna get it tonight! Worse, he could be driving a Kia Soul. You'll never get rid of the rodents. View attachment 571919 Post by: Darmie, Yesterday at 7:24 AM in forum: Model 3

Choosing a Formatting Option for the Flash Drive Decisions, decisions ... My house is a mixture of Mac OS and Chrome computers, and I'd like some advice which format to choose for a 1 TB NVME ex ... Post by: SageBrush, Today at 1:00 AM in forum: Model 3

Carpet floor mats for X Does anyone make a carpet floor mat with drivers side dead pedal coverage similar to the stock all weather Matt's? The only ones I have seen that ... Post by: StanMI, 38 minutes ago in forum: Model X