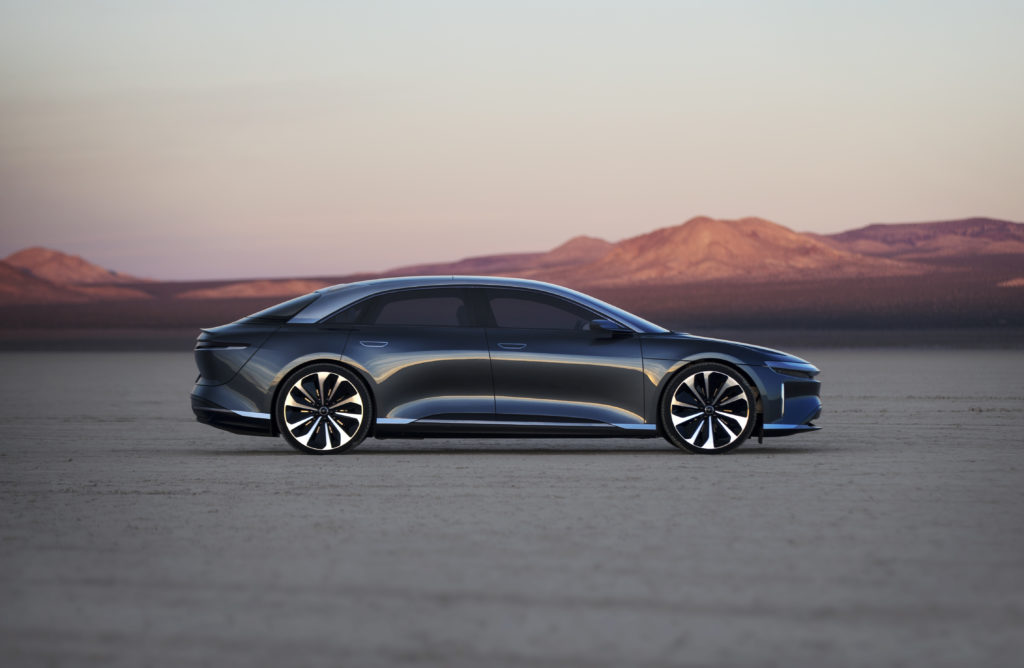 Lucid Motors announced Wednesday that it’s upcoming sedan will be powered by a 113 kWh battery pack capable of an estimated EPA range of up to 517 miles.

Rawlinson added that the breakthrough is “not merely just a few percent; we are talking about a significant improvement.”

The production version of the Lucid Air will debut on September 9. In addition to the vehicle’s final interior and exterior designs, new details about production specifications, available configurations, and pricing information will also be shared, the company said.

Production is expected to start at Lucid’s factory in Casa Grande, Arizona  in early 2021.

Applying options strategy 'the wheel' to TSLA bxr140Anyway, exiting at 90% max profit (or whatever) explicitly means you're going to exit early and not take the position to expiration. BUT, i... Post by: ammulder, Wednesday at 12:10 PM in forum: TSLA Investor Discussions

Let's See Your Charging Setup Dedicated 60A with charging rate set at 48A. I DIY'ed a swing arm to get the cable off the ground with a 3D printed holder at the end. View attac... Post by: sakul2agi, Yesterday at 9:39 PM in forum: Model Y

Breathalyzer I think you’re supposed to end a post like that with, “Asking for a friend...” Post by: AmokTime, Yesterday at 4:04 PM in forum: Model S