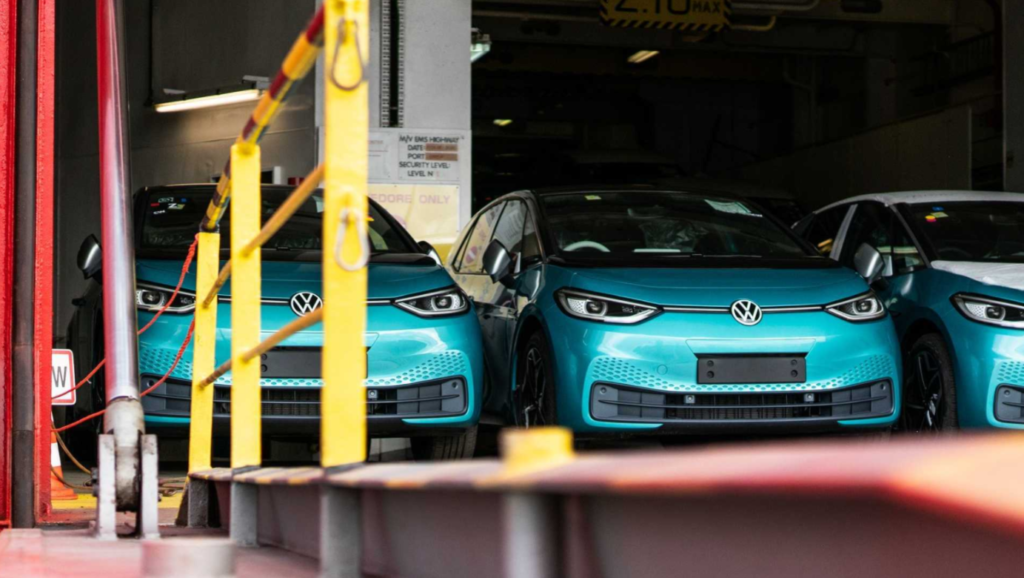 And, the bromance continues.

There has been plenty of mainstream media coverage of Tesla CEO Elon Musk’s recent trip to Germany. It seems he visited the country for several reasons. We know Tesla has business there, as it continues to deliver cars to the area and is also in the process of building a Gigafactory outside Berlin.

Musk also visited CureVac to assess the company’s progress in its partnership with Tesla. The project’s goal is to manufacture RNA printers intended to distribute the company’s upcoming COVID-19 vaccine. In addition, Musk met with German officials related to support for Gigafactory Berlin. Reports say the meetings were positive.

According to Electrek, Musk has some other fun we weren’t aware of, though we should have anticipated it. Volkswagen CEO Herbert Diess had a meeting with Musk. The two have been jokingly said to have sort of a bromance going on. Essentially, Diess gives Musk and Tesla a lot of credit for launching the EV revolution, which is a far cry from some others in the industry. Musk has also wished VW luck with EVs and said the company definitely has what it takes to succeed.

Reportedly, Musk took a diversion to Braunschweig Airport to meet with Diess while in Germany. The original report from Handelsblatt reads (translated via Electrek):

“When Elon Musk’s private jet, the “Gulfstream G650”, took off from Berlin-Schönefeld Airport on Wednesday at 9:17 pm, everyone thought: The Tesla boss’s visit to Germany is over. But only 26 minutes later the plane landed at Braunschweig Airport. The reason for the stopover was a visit to VW boss Herbert Diess.”

A VW official confirmed the meeting between the two CEOs, but they didn’t elaborate on the nature of it.

Moreover, the story says Diess provided Volkswagen’s ID.3 and ID.4 electric vehicles for Musk to check out while at the airport.

This is a developing story. If more detailed information becomes available, we’ll either update this article or provide another.

All anecdotes and discussion about Fit and Finish saniflashsame here. have a couple of friends that work in QA for legacy auto and they went over my Teslas with a very greedy eye and were overall surp... Post by: jbcarioca, Today at 5:42 AM in forum: TSLA Investor Discussions

Interior camera Anybody know how to tap into the cabin camera so I can make TicTok videos while I drive? j/k Post by: SanteeMike, Today at 12:25 PM in forum: Model 3

Who has installed their own chrome delete? I'm curious to hear from anyone who has done this themselves. Curious how it turned out, what kit you used, and if you'd do it again. Bonus ... Post by: domodan, 18 minutes ago in forum: Model S

Wisconsin: buy a Model X, fears My state sucks for renewables and EV's, as can't purchase a Tesla new in the state of Wisconsin, so I will have to go elsewhere and import t ... Post by: FirstInTown, Today at 12:19 PM in forum: Model X