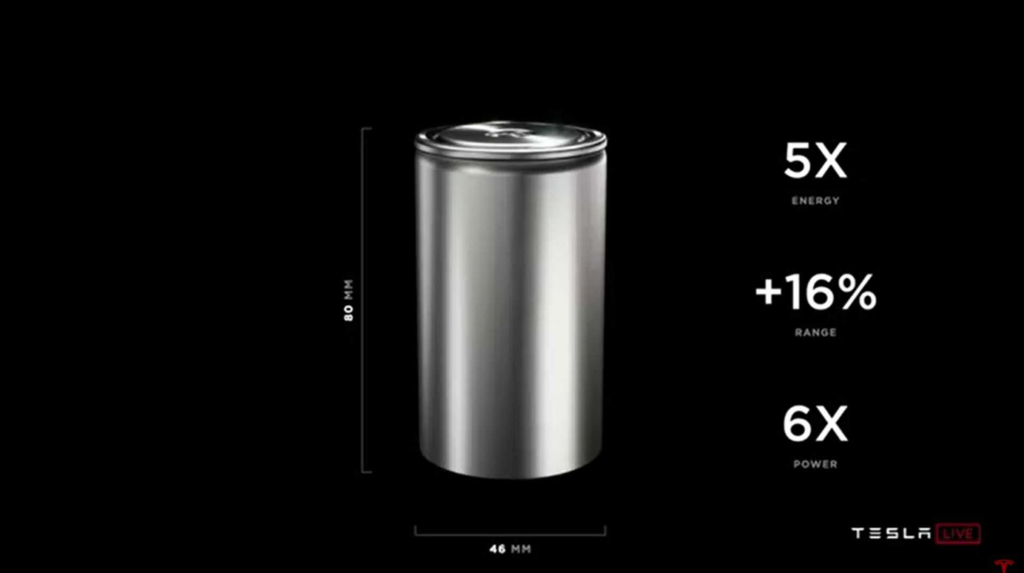 The analysis suggests that Tesla might integrate the cooling into the body.

We consulted a mechanical engineer and heat transfer specialist* to get his opinion on how Tesla might design the cooling system for its new 4680 integrated battery system. The analysis suggests that Tesla might integrate the cooling into the body/ battery. No more cooling snake.

On Battery Day, Tesla told us that the biggest barrier to a larger format cell was cooling the cell, and that its new tabless electrode design fixes that problem. This cooling problem was what made Tesla limit to 2170 cell size in Model 3 and Model Y. The new tabless design allows Tesla to move to this much larger new cell.

The 2170 in Model 3 and Model Y is cooled by a fluid-filled cooling snake that pulls the heat out of the sides of the cell. This cooling snake eats up space in the pack limiting its volumetric efficiency.

The problem with large diameter cells is that, as you increase diameter, the cell’s heat rejection goes up much faster than the surface area, so your ability to remove heat through the sides of the cell gets worse with larger diameter cells. In order to help this problem with the 2170 cell, Tesla glued the cooling snake directly to the side of the cell. Tesla had a long learning curve and a huge rejection rate at the beginning of production trying to iron out the problems associated with gluing the cell to the cooling snake.

During the Battery Day presentation, Tesla explained how this new large-format 4680 cell can cool itself: the tabless electrode design lowers the internal resistance of the cell.

We know from the Battery Day presentation that Tesla has gotten rid of the modules and is putting the cells directly into the cast aluminum frame.

Here’s what Elon Musk said at the Battery Day presentation:

“Instead of having a filler as a flame retardant which is what is in the 3 and the Y battery packs, we have a filler that is a structural adhesive as well as a flame retardant so it effectively glues itself to the top and bottom sheet and this allows you to do shear transfer between the upper and lower sheet……………you basically make a honeycomb sandwich with 2 face sheets.”

How do they cool the cells now if they don’t pull the heat out the side of the cell?

The new tabless design has an excellent cooling path out of the ENDS of the cells. The electrode’s themselves make perfect cooling plates, which will allow Tesla to pull heat from the center of the cell and out the top and bottom of the cell.

The thermal analysis also suggests that Tesla might now go to something similar to a flat cooling plate design. The cooling plates could be integral with the top and bottom sheets Musk talked about in the above quote. They would provide shear strength as well. The electrical connections could also be made through that top sheet. This is very similar to another Tesla patent we discussed here.

The concept suggested by our analysis is shown in the drawing below.

What do you think of the concept? Let us know in the comments section.

My phone app logged out after 10 months - is this ... The reason I asked as I was about to go to an important appointment with my wife - and phone key was logged out of Tesla. It only threw me for a coupl ... Post by: jonquiljo, 1 minute ago in forum: Model 3