Tesla Chief Executive Elon Musk announced on Twitter that the price of the company’s Full Self-Driving package will increase by $2,000 on Monday October 26th.

The full price of FSD will now be $10,000. The price hike will apply to both new vehicles and upgrades to cars customers already own.

Tesla has been saying that as its self-driving software becomes more capable, the price will grow. It’s not a huge surprise, but may be a motivator for owners who have not purchased FSD.

Tesla released the FSD beta this week to drivers it has identified as cautious. It will gradually deploy the software to more drivers in coming weeks.

Release notes on the update outline the exciting new features for Autopilot:

“When Full Self-Driving is enabled your vehicle will make lane changes off highway, select forks to follow your navigation route, navigate around other vehicles and objects, and make left and right turns. Use Full Self-Driving in limited Beta only if you will pay constant attention to the road, and be prepared to act immediately, especially around blind corners, crossings, intersections and in narrow driving situations.”

Musk has been saying for more than a year that the price of FSD would increase. In fact, he has said that the investment will actually turn into a money-maker for the car owner when Tesla enables its robotaxi service. There’s no set timeline for Tesla robotaxis, but the rollout of FSD is a big step. 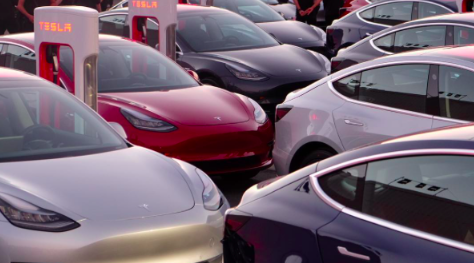 Tesla Unlocks Range for Owners in Path of Wildfires

Free Access to Tesla Toolbox Green posted this less than an hour ago. You can get service portal access approved by going through service.tesla.cn. You can then use that credentia ... Post by: Red_DS, 42 minutes ago in forum: Model S

Front Subframe Skid Plate Hoping someone can help me out on this one. I have been having a persistent issue with my X where I hear a clicking sound both in the car (localized i ... Post by: Nuts4MS, 51 minutes ago in forum: Model X