According to the discussion on reddit.com/r/TeslaMotors, the recently refreshed Tesla Model 3 is equipped with more energy dense battery cells (by several percent) and a total capacity of 82 kWh.

The precise number reportedly was found in Tesla’s papers related to importing the Model 3 LR AWD to Germany, according to reddit user Corio13, who found the image on German forum tff-forum.de:

That would explain how Tesla achieved increased EPA range ratings for the 2021 Model 3.

It would fit also with the previous news from Panasonic, who a few months ago announced upcoming improvements in the energy density at the cell level by about 5% in September and 20% total within about five years.

Several percent higher energy density plus some other improvements are probably the two main reasons behind the improved range in new Teslas.

Both the Model 3 and Model Y use 2170 cylindrical cells, produced at the Tesla Gigafactory in Nevada.

According to the latest news, the new cells will allow charging faster. It’s something that yet has to be verified, but we might soon see an improved charging curve.

Report: Tesla to Partner with LG for Batteries at Gigafactory 3 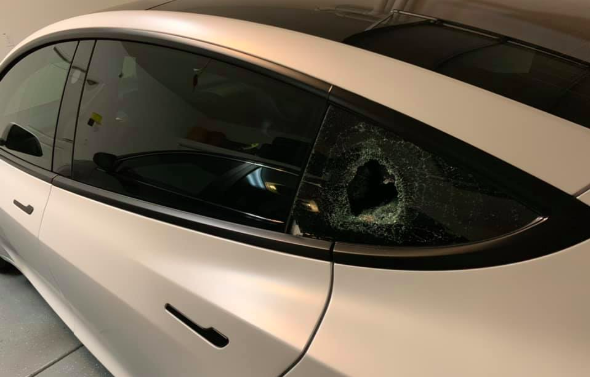 Glitch or power saving technique at 30% battery an ... Hi - first long road trip in our 2017 X 100 D and my wife complained that once battery hit 30% the LTE dropped and things started to glitch including ... Post by: tommytuna, 12 minutes ago in forum: Model X