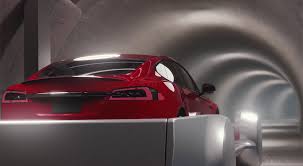 Job postings show that The Boring Company is adding personnel in Austin, which is where Tesla is currently building a factory.

The Boring Company tweeted a link to the jobs Monday, adding that ‘”Austin Chalk” is geologically one of best soils for tunneling.”‘

The Boring Company’s other tunneling projects have been in partnership with local governments adding transportation services. For instance, the company is building “The Loop” in Las Vegas to serve the Las Vegas Convention Center. Passengers will travel in Tesla vehicles through two 0.8-mile underground tunnels.

It’s not clear that Tesla has any formal contracts in Texas.

Elon Musk continues to look to Texas as a location for his companies. In July, Tesla announced plans to build a $1.1 billion, five-million-square-foot site near Austin for a factory that will manufacture the Tesla Cybertruck, among other products. SpaceX also has a significant operation in Boca Chica, Texas. The location serves as a private rocket production facility, test site, and spaceport for the company.

Are Tesla Vehicles Really That Much Better For The Environment?

This is just not right time to buy new Tesla I'm a little late replying to OP, because my internet is so slow. I'm on a 56k modem and PC with a 386 processor, because every time I think... Post by: FredMertz, Yesterday at 12:56 PM in forum: Model Y

Does It Seem Like Everyone Wants To Race You? Having my P3D for a total of three weeks now, it seems at every traffic light other vehicles and drivers want to race on green. The ones that want a g ... Post by: DevilDoc8542, Today at 6:38 AM in forum: Model 3

Slow Infotainment after HW3 upgrade I noticed the infotainment has gotten really, really slow after upgrading from HW2 to HW3 (late 2016 MS, MCU 1). I've done my own troubleshooting ... Post by: BBB4000, Today at 4:28 AM in forum: Model S