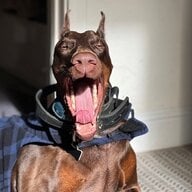 acarney said:
I was actually told the 100 miles is basically gone now. He stressed that if it was something big (for example what I found) that they'll make it right, but if it's gaps, scratches, paint chips, etc then it's basically now once you drive away it's done. Apparently people were "abusing" the 100 mile deal.

Lets be realistic, the abuse probably were actual issues from the factory but just were way more than what would have been discovered from an initial walk around.
Click to expand...

I kept making claims way after the 48 hours or 100 miles. They honored some.
Reactions: DrGriz
•••
A

I found that Tesla was pretty reasonable with fixing things after the initial window if they were very obviously the kind of things that were not wear and tear and likely came with the car but were overlooked. For example, Tesla fixed an issue with an interior panel needing to be re-seated/aligned, and front bumper corner alignment all outside of the initial 100 miles for me. But then again the issues were very clearly issues that had come with the car and in no way could have been caused by accidental damage or wear.

I would not have expected them to resolve something more ambiguous after drive off like a paint chip as it would be nearly impossible for anyone to know if it came from wear or the factory.
Reactions: DrGriz
•••

A
Tesla says it's "within the spec" and "normal", what do you think?

A
Tesla is SOOOOO BAD at their job!