Now, I removed it, reconnected it, the error message disappeared for a couple of hours, then I it appeared again. I called Tesla Roadside Assistance and they told me to schedule a replacement as soon as I was getting back home, there was no rush and the car could be safely driven for a couple of weeks. Fair enough

All considered, in those weeks, I have learnt how to remove and modified my car's front mask, so that I break into my frunk easily in case of lockout and jump start my car. I stored in the frunk also the jump start cables and a spare 12v battery from an ICE car, just to make sure to be self sufficient.

Back home in Finland, it took me a lot, literarily, to get the car serviced due to bureaucracy issues. The battery was finally replaced and the CCS retrofit performed on the 18-03-2021, 6 weeks and 1 days after the first warning.

I have been discussing, on different Tesla Clubs (Finland, Italy and Bulgaria), how long actually the battery can survive, even in the rigid Finnish weather, before dying completely. At the service centre they thought that the usual estimated limit is 4 weeks, but they never actually tested it. I volunteered at that point, and after the CCS retrofit we have put back the old dying 12v battery (DCS-33IT) in place, so that we can actually monitor and see when the 12v will actually end up in a complete drain and get some data on the actually limit time after the warning pops up.

I will keep you up to date on my experiment and let you know when the battery will definitely die. 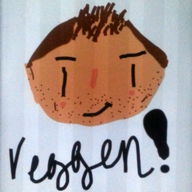 I hope you have plenty of patience.
A couple of years ago I drove for half a year with the replace 12V message.
Still worked when it was replaced, no issues.
•••

My car died last year 400 miles on the way home. I was on the interstate. Towed to super charger. I tried to figure it out, no luyock. Roadside couldn't figure it out. ""Tow it 300 miles to nearest SC"". Finally a woman at Roadside said the 12v was dead. What? She said to get a truck with big batteries to jump car, charge 12v to 14.5 volts. 30 minutes on jump the car came alive. Never had error again. Last month car was acting funny. Roadside couldn't figure it out. No error message. All of a sudden, 12v error appeared. I changed the battery, it cleared all battery errors. Might be noted here. It was original battery from 2012. Florida is hard on batteries because of heat. The coolant system should keep your frunk warm, allow the hoses run thru it. Your water pumps are there, if you take out your frunk, you will see the entire coolant system. I will try to find the diagram and post it for you.
•••

Hello folks, here are some updates.

Since the last service, even if I have been driving all this time with the old 12v battery, I had no warning messages anymore. I think they reset some kind of counter in the system. The battery is most probably perfectly fine, otherwise it would read a voltage drop and give me the warning again.

I still drive with the new 12v in the frunk and I still have the break in setup for my mask, so that I can remove it easily in case of need (I will make a video about it tomorrow). In the meanwhile I post you my amatorial dumb proof video on how to break into your frunk in case of a lockout. I'm not a youtuber, the quality is terrible but you get the important aspects in the clip, how to release the latch. I will make a better one as soon as I have time.

Here are some updates. The mystery is still on about my battery, which is still working perfectly after 3 months from the original warning. The last time I went to the service I managed to speak with the technicians and they told me which is the standard procedure that they follow in this case.

First they put the car in service mode, then they swap the battery with the "new model", which is supposed to be different than the old version. I attach a picture of it. the battery code is DCS-33UNCR made by Technologies.inc, (website cdtechno.com). After the swap they select on the terminal the "model" of the 12V installed and they reboot the system. The car recognise the new battery and the warning is gone. After that the car downloads and installs the latest firmware update.

Basically after that they performed my CCS retrofit and handed me back the car, we swapped back in and I have been travelling since ten with the new 33UNCR in the frunk, ready to kick in when I will have a "lock-out". Since then no warnings and no problems at all.

Now Roadster Finland oy (Tesla Finland) has no idea actually how the warning system works. I have been interacting few times already with the technicians and seems like all they know is how to perform the swap procedure. This is bigger than I thought. We are trashing millions of perfectly working lead-acid batteries which could keep perfectly work in our cars. At the same time many of these are "under warranty", which means also a waste of time for the company and a loss of many.

Someone should investigate this further. Do you have any contacts here in EU that I can get in touch with? I would love to help us all and the company to save precious battery, pollution, time and money. 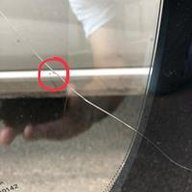 Thanks for all the information!

I'm driving my Tesla Model S 85 for 260000km since 2015 and had at least two 12V battery replacements under warranty. roughly a year ago I've got the 12V Warning, the local SeC was not able to provide a replacement for more than two month and instead I've connected a ctek 12V charger with a regeneration setting at the connectors behind the nosecone and plugged it in for half a year overnight or longer. This had the added benefit to reduce range loss (energy saving on, always connected off, range mode on) significantly. Yet the 12V warning came back regularly. I managed to minimize the occurrence by changing the morning routine to this order: Unlocking the car but not opening it before I disconnected the 12V charger. If it came back once a week I pulled the MCU fuse for >3sec and it was away again.

Lately the 12V Warning came more often and I've reached out to the SeC, they offered the change for ~180€ - Yet they would not allow me to keep the old battery, didn't tell my why neither.

On another note, sometimes the horn stops working, mostly a reset helps, this time it didn't. I faintly remembered that changing the wheel rim initiates a different reset and tired it. The procedure as I recall asks to choose another rim and before confirming/closing the window changing it back to prevent a somewhat deep reboot, which I forgot the first time... So both the CD and IC shut down and rebooted, took rather long and then I changed back to my actual rims and rebooted again.

Afterwards I've noticed the 12V warning was gone. This was a couple of days ago and usually the 12V Warning would be back, yet still no warning. So this would be a different method to get rid of the 12V message, will follow up when it comes back - or not Perhaps then I will cancel changing the 12V battery... I guess reconditioning with the ctek did a good job and all it took was to deep reset the car?

Regarding your video to unlock the frunk, I've locked myself out of my car in 2020, with my smartphone and key fob inside. For this particular case I've placed the other key fob without the battery and wrapped in aluminum foil in the frunk first aid kit. Long story short, neither my wife nor Tesla service was able to remotely unlock or open the trunk or frunk. Then I've also discovered that my June 2015 build Model S 85 does not come with a manual release. The Tesla service did not believe me at first but later confirmed, that indeed there were some cars without it. Actually, the electro-mechanical release is fully hidden and I did not found a way to open the frunk.

Finally I was able to open it by using a wire dry cleaning coat hanger, bending it into a long straight wire with a loop at the end, fiddling it between windo an b-pillar into the car and pushing the loop into the door handle, by twisting it with some pliers i was able to force it over the handle and then pulling it back opened the door.