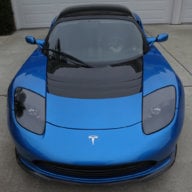 This weekend I stopped at the 40 unit Supercharger station in Baker, CA between Las Vegas and Los Angeles. As we were approaching the number of available units varied from about 14 to 16 available. When I pulled in, there were only 3 cars plugged in! Once I plugged in, there were 4. I went in the store for a bit and 30 minutes later came back to the car and it stated 20 available, when in reality 36 were available! I can somewhat understand being off by a couple, but this is WAY off - and as far as I could tell, none were broken. We parked at a random one and it worked, and so did a few others coming after I was there.

I didn't stand back far enough to show all the stalls, but these were the only 4 cars there, and took the picture of the screen at the same time.

On a long drive, I make decisions on where I'm going to stop based on the in use gauges. Based on this it looks like they are completely wrong. I have noticed times before that they were incorrect, but this seems just way off. Is this a known issue? 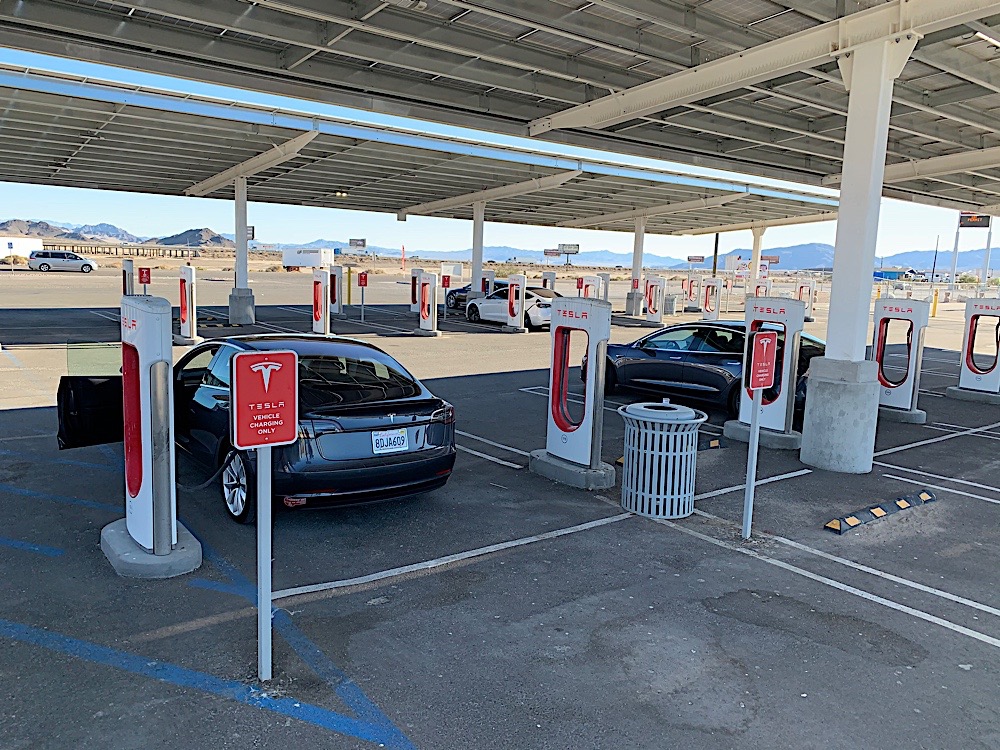 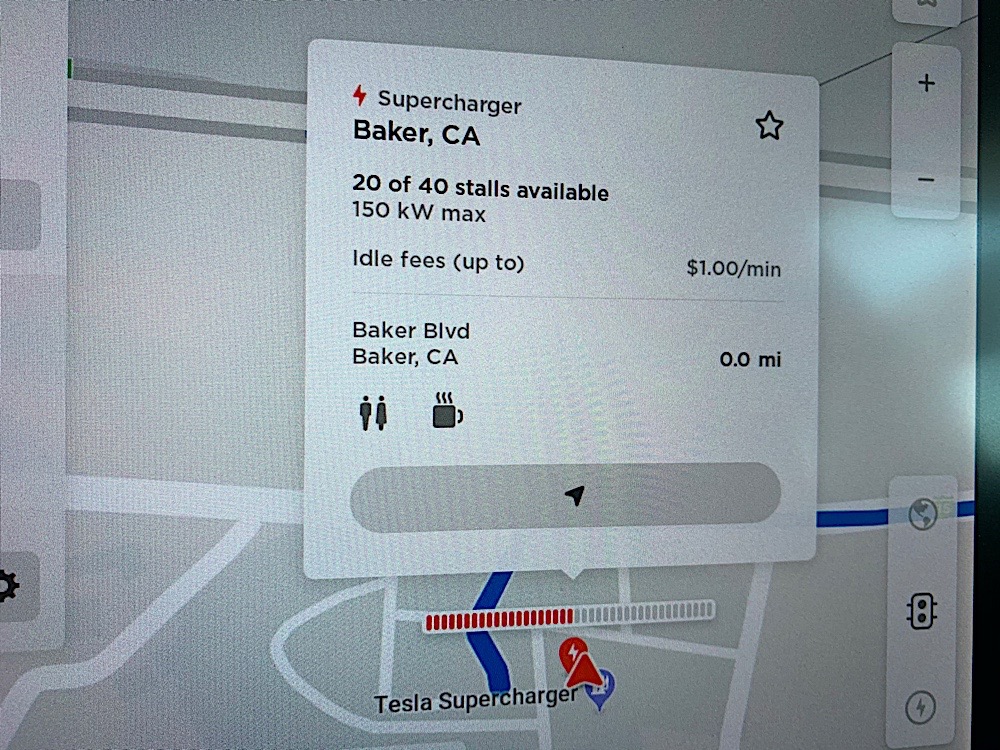 I think the system defaults to used when it doesn't receive data from a unit - I've often seen a couple more in use than were physically present - but I've never seen one as far off as you're showing before.
•••

When to Charge? Not at Night.

L
Los Angeles to Las Vegas and back in a non-Tesla.