I wanted to share my experience. Owned my X100D since Sept 2018. MSM 7-seater black interior with FSD with 67k miles on the odo. Only SC visits were for "routine" maintenance I assumed when I first bought it, which isn't necessary. Or 2 row seat would give errors even when it was locked in place, due to my son kicking out the plug under the seat while sitting in third row.

Nov 15, I took a trip 150miles from my house to visit some relatives. My FIL, also an X owner, wanted to take the kids to grab some dessert down the street, and because my car was blocking, I told them to use my X. I get a call 5 min later, he tells me that the car pulled over by itself and has the hazards on and the screen is black. I ran over to pick them up, I asked him to reset the car while I was on the way.

I arrived with the car pulled over, both screens were black. FWD and windows worked via buttons. He had done the scroll wheel reset and the car had not loaded. After about 2 min of darkness, I went ahead and did the brake+scroll wheel reset and after about 10 seconds there was a logo on the screen and I had hope. It boots up, seemingly normally, I go to the service>notifications and see a laundry list of errors. I put PIN to drive and throw it in drive an drive, and it works like nothing happened. He felt bad, but I know he's a 3+ year X owner like myself, so I chalk it up to a freak error. We head back to their house and I even drove 150+ miles home with no further issues. Here is a list of alerts in service>notifications I received (i'll post a pic when I get a sec from my mobile):
GTW_w157 Power Reduced
GTW_w018 Electrical system power reduced
BMS_w098 Service is required
TAS_a218 Air suspension adjustment unavailable
DI_f137 Unable to drive
DI_w139 Rear motor disabled - OK to drive
MCU_w004 Touchscreen unresponsive

At this point, the car powers on, but won't shift into D, so I call roadside assistance, and they had a flatbed at my house within 15 min. This was 4PM on a Tuesday for context. Sad to see my X on the flatbed, but I paid for the extended warranty, so let's put it to use. When the X got to the SC, they promptly sent me uber credits and the next day had a loaner S for me to use while they diagnose the X.

The next day they tell me that the High Voltage battery assembly has to be replaced with a new pack. From what I took away, there were issues with a single battery in one of the packs, but couldn't determine precisely which one, so out of caution, they're replacing the ENTIRE HV battery front to back as a precaution. I'm out of my car for at least 6-8 weeks while they source a refurbished pack to put into my X. I'll make due with my loaner S while they work, though there are 6 in my family, so the little ones have to squeeze in the back at times.

I'll update when I get any info.
Reactions: croman and ElectricIAC
•••

I’d be asking for a new pack.
Reactions: m5james, Dcam and croman
•••

ElectricIAC said:
I’d be asking for a new pack.
Click to expand...

I know that’s a lie. There’s not enough excess packs reman or new to cover replacements for the next 7-8 years.
Reactions: m5james and glide
••• 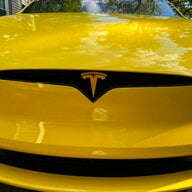 ElectricIAC said:
I know that’s a lie. There’s not enough excess packs reman or new to cover replacements for the next 7-8 years.
Click to expand...

They're also delivering new S and X with 1865s in them.
Reactions: croman and ElectricIAC
•••

DCGOO said:
They're also delivering new S and X with 1865s in them.
Click to expand...

Update: they have a loaner Model X for me to use. will be returning my loaner S tomorrow.
Reactions: croman and ElectricIAC
•••
R

The connections to the refresh packs are different, according to the teardown vids, and have completely different control electronics (Model 3/Y parts now). So you're probably not going to get a "Refresh" 18650 pack in a pre-refresh X/S, even if the thousands of little cylinders inside are the same size
Reactions: ElectricIAC
•••

Richbot said:
The connections to the refresh packs are different, according to the teardown vids, and have completely different control electronics (Model 3/Y parts now). So you're probably not going to get a "Refresh" 18650 pack in a pre-refresh X/S, even if the thousands of little cylinders inside are the same size
Click to expand...

Spoke to the SA again, he said that in our warranty clause, it states something to the effect that 'battery replacements are at the discretion of tesla if they're to be new, used or refurbished'.

I have a X75D in MSM, so it feels like home. car hasn't moved from where it was dropped off at. they're swamped over there.
Reactions: ElectricIAC
•••

Today marks week 5 without my car. The latest update is that they are still waiting for my replacement pack and do not have an ETA. Originally I was told 4-6 weeks for the replacement.
•••

Tell them you'll take a New LR on trade free and clear as a substitute.
•••
R

this is 6 weeks. the response from the SC has been "we are still waiting for the ETA for your replacement unit to be provided to us. As soon as we have that ETA for the part, we will let you know. Thank you for your continued patience!"

i'll update when i hear back.
Reactions: henderrj
•••
J

On a positive note: it probably means they are out of used/refurbished packs and you'll get a new one.
Reactions: Dcam
•••

_jmk said:
On a positive note: it probably means they are out of used/refurbished packs and you'll get a new one.
Click to expand...

Or they’re waiting on more trade in cars to pull packs out of.
•••

just got a message today from service saying they just received my pack and will be installing it. Should have it early this week.
Reactions: henderrj
•••
K

jotango said:
just got a message today from service saying they just received my pack and will be installing it. Should have it early this week.
Click to expand...

What does your invoice say for battery, reman or new? Mine arrived today after 2 months and don't know whether it is reman or new?
••• 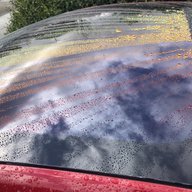 Vaillant said:
Also, I’d be curious what range is shown at 100% charge. Is it just like new? I hope so!
Click to expand...

Service center took care of other issues I raised (half shaft issue for shudder, front control arm squeaking, applique replacement for fogging B-pillar camera) without any charge even though the car is out of warranty.
Last edited: Jan 21, 2022
Reactions: m5james, JBT66, Harvey Danger and 1 other person
•••