Hello, first post here. I bought a used 2013 S in August last year. It had about 89k on it then and just rolled over 100k (miles) yesterday.

For the past month or two, I'd noticed weirdness when plugging in a charging handle (mostly at home with my 120V level 1, but occasionally with away from home level 2 and super chargers). The locking piece at the bottom of the port would sometime "chatter" or at least lock, unlock, lock, etc. before finally securely locking the handle and letting the charge start normally.

As things got worse, it would also start a charge, go fine for 10-20 minutes and then stop charging in the middle, presumably related to this port locking issue.

Naturally I assumed it was just time for this (probably 8+ year old) charge port to be replaced, since that's almost certainly the only part of the car that would be affecting this.

I looked into getting some used/salvage ones on eBay and doing this myself (it's the kind of thing I'd normally do -- e.g. I upgraded to the Ohmmu 12V lithium battery a few months ago when the OEM one was going bad), but when I considered my current free time and the uncertainty of how close a salvage part would be to being as bad as my current one (vs a brand new one), I decided to just bite the bullet and drive the 1 hour to the nearest SC and pay them roughly $150 in labor plus the $600 for the part (plus tax) to do it for me, hoping for the best.

By the way, I believe I had them (loosely) talked in to selling me the part over the counter for DIY install (I'm aware of how you have to reflash the car after changing a part like this to get it to be recognized, and how you can work around this yourself by being at the SC and triggering a software reinstall), but that again only would've saved me the labor cost plus some time sitting around at the SC.

I had this done yesterday at my local SC. Only took them about 2 hours as expected. I thought to ask if they had a charger I could plug into to test it as I was leaving and was told they just had some in the shop. The customer service person asked if I wanted to do that and I figured nah, I'll just go to the super charger about 10m away and check it there. I wanted a charge anyway before heading home.

I got to the supercharger and immediately experienced a sinking feeling. The port was still giving me locking issues, in a way almost worse than the old port was doing! Now it seems almost like it's trying to lock too soon, before I even have the handle fully inserted, and usually when that happens, the ring lights go orange, I think, and will just sit like that, with some message on the console screen saying that the handle is not fully secured or something.

I checked with the SC on this of course and the tech reported that with this newer part (1005612-00-K) you might have to put some pressure on the charge handle, as it push it in a little further to the port. I tried futzing with this some more, per that advice, but pushing it in further never seems to quite work for me.

The only thing that does seem to work, semi-reliably is to put a bit of an upward angle on the handle (which I never had to do before) when inserting it and even then pushing (gently) on the back of the charge handle to get the handle to fit into the port slightly differently than it would at rest. Often what'll happen is I'll try that, the light will go green as it starts to charge but as soon as I release that downward pressure, the light goes back to blue or something and it won't charge until I release it again.

Needless to say, this is very annoying, especially after having just paid $800+ to get this professionally fixed with a brand new part. I've got them scheduled to send mobile service out to me in about a week or so to take a look (I hope at their expense), but thought I'd check in with the community first to see if there are any other ideas about what to do here.

a) the part is defective, but another new one would fix the issue (the SC tech's response seems to argue against that, saying that they have seen this kind of behavior with some other installs of the same new part (rev K))
b) the part is fine, but the installation wasn't done quite right (maybe something isn't aligned quite right (though I don't see anything obvious), and if it were tweaked a little, maybe shimming out part of the charge port, everything might be more stable
c) somehow this problem (which is similar to what was going on with my old port, the whole reason for having this service done) is *not* related to the charge port part itself at all but something else is causing it (remember, this is *not* just my home charger causing this -- I'm seeing this on just about every charger now, on several before with the old part, and definitely multiple charge handles tested yesterday)

I'd appreciate any other stories or advice on what to do to get my car back up to good health fast so I can stop worrying about charging.

I can post a 120MB video if that's possible and anyone thinks that would help.

By the way, forgot to add: I thought ahead that I'd want to keep the old charge port just in case (maybe I could sell it "for parts" or maybe someday figure out what the issue was and fix it), so they did give me that back.

I noticed (rather easily) that one whole corner of the plastic face around it (that takes the 4 large bolts to mount it to the body) was cracked. This is rather thick plastic, so I'm wondering what happened (didn't ask SC yet) -- whether it broke when the tech was removing it or whether he *found* it broken (could that have contributed to misalignment then or something and started causing some of these locking problems? -- maybe the corner only broke in the last few months since these problems really started).
••• 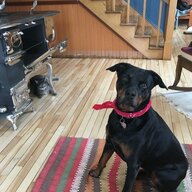 so what happened? Did it get fixed? Thanks
•••
T

hydro said:
so what happened? Did it get fixed? Thanks
Click to expand...

Thanks for the interest. Well, good and bad I think. I eventually did figure out how to reliably keep it charging at home. If I put a small (roughly 3 lb, maybe) weight about in the midpoint of the charge handle from the very beginning of attempting to charge, that seems to make enough contact between the trident pin sockets in the handle and the pins in the charge port to keep a reliable charge session going.

What happened when the mobile tech came out is he reviewed that situation, check logs and some other things and took a look at my charge handle and suggested that maybe the problem was my mobile connector (and the handle, probably). I'd assumed that was not the issue due to some other flakiness I'd seen with some nearby Level 2 charging (not at home) and some Supercharging, but since then I have concluded that the Supercharging just needs firm pressure when first inserting the handle as the SC had told me the day I had it repaired and was noticing weirdness at the local Supercharger.

Because he'd suggested this, I called a couple of my neighbors who happen to have Teslas and was able to borrow a probably-less-used mobile connector from one of them. The mobile tech and I tried it and were able to successfully connect and disconnect it about 10 times with no problem, which was a pretty conclusive test. I later performed the same test with a newer model mobile connector from another neighbor and it also worked great.

I then compared the handles between my old one and this much newer (barely used, I think) one and could clearly see that the trident socket holes were smaller diameter on the newer one than on mine suggesting that mine have worn or spread out making contact with the trident pin more difficult.

I have been trying to think of a way to repair those sockets without dismantling the handle (which may not be simple and Tesla doesn't provide official spare parts for that -- their solution is a whole new mobile connector which while it's not terribly expensive ($200-215 right now I think) seems wasteful of an otherwise perfectly fine piece of equipment), but have not yet come up with a good method.

So for now the plan is to buy a new mobile connector, but I'm waiting for the one that comes with both 120V and 240V plugs at the Tesla Shop before I buy, and that one is still out of stock.

Whether there was anything really wrong with my charge port I may never really know I guess. I'm sure it had some wear on it and now I have a brand new one (though it's more finnicky with Supercharging at least which sucks), but of course I'm a bit annoyed about how the whole thing played out.

To the SC's credit, they did not charge me for the followup mobile tech visit, which was at least one bright spot.

If anyone has any idea of what to do to refurbish those trident sockets, I'm all ears.
•••

The one with the NEMA 5-15 adapter is in stock now, and you can order additional adapters at the other link, also below:

Other adapter types (but NEMA 14-50 is out of stock today...at least you can get everything else if you really need that adapter):

Use a variety of household outlets to charge your Tesla with a Gen 2 NEMA Adapter. Simply attach the appropriate adapter to your Mobile Connector, plug into the corresponding outlet and begin charging. Adapter Max Distance Gained Per Hour of Charge Model S Model 3 Model X Model Y 5-15 3...

I found this too: 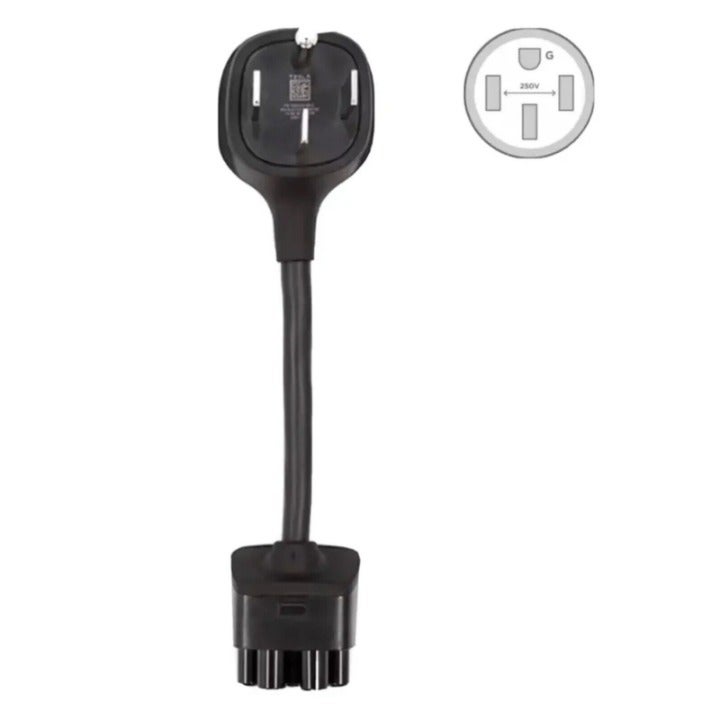