OK, this might be just a fluke, but weird nevertheless. Yesterday morning my Performance Y with the 21" wheels updated to 2020.16.3. Lot's of sound going on while it updated BTW. The heat pump especially ran for a long time. Anyways afterwards I drove from Camas, WA to Stevenson, WA on Highway 14. The first five miles were in town driving with stop signs and traffic lights. After that rolling hills for a few miles, then some pretty steep and long hills as I entered the Columbia River Gorge. Finally more rolling hills. I usually average about 280 - 290 wh/m on this stretch. This time I averaged 236! My range remaining indicator started at 250 and ended at 215, a drop of 35 miles. Actual distance covered was 37.9 miles. While on the highway I had the cruise set to 65, but because of traffic my speed varied from 50 to 65. Almost 2000' of climbing on the route with the final destination just under 200' lower than origin. There was about a 15 mph tail wind for the last 5 miles. (Typical Gorge conditions. I was going kiteboarding, so I was very aware of wind conditions at each spot along the way as I monitor the wind sensors.)

A better route planner says I should average 257 wh/m on this route, a figure I've never reached before this. Windows were closed and the climate was set to 70F. Temp was mid 60s with thin cloud overcast, the AC was working lightly.

Like I said, this might be a fluke; in fact it probably is. But I was pretty amazed to see this level of efficiency. 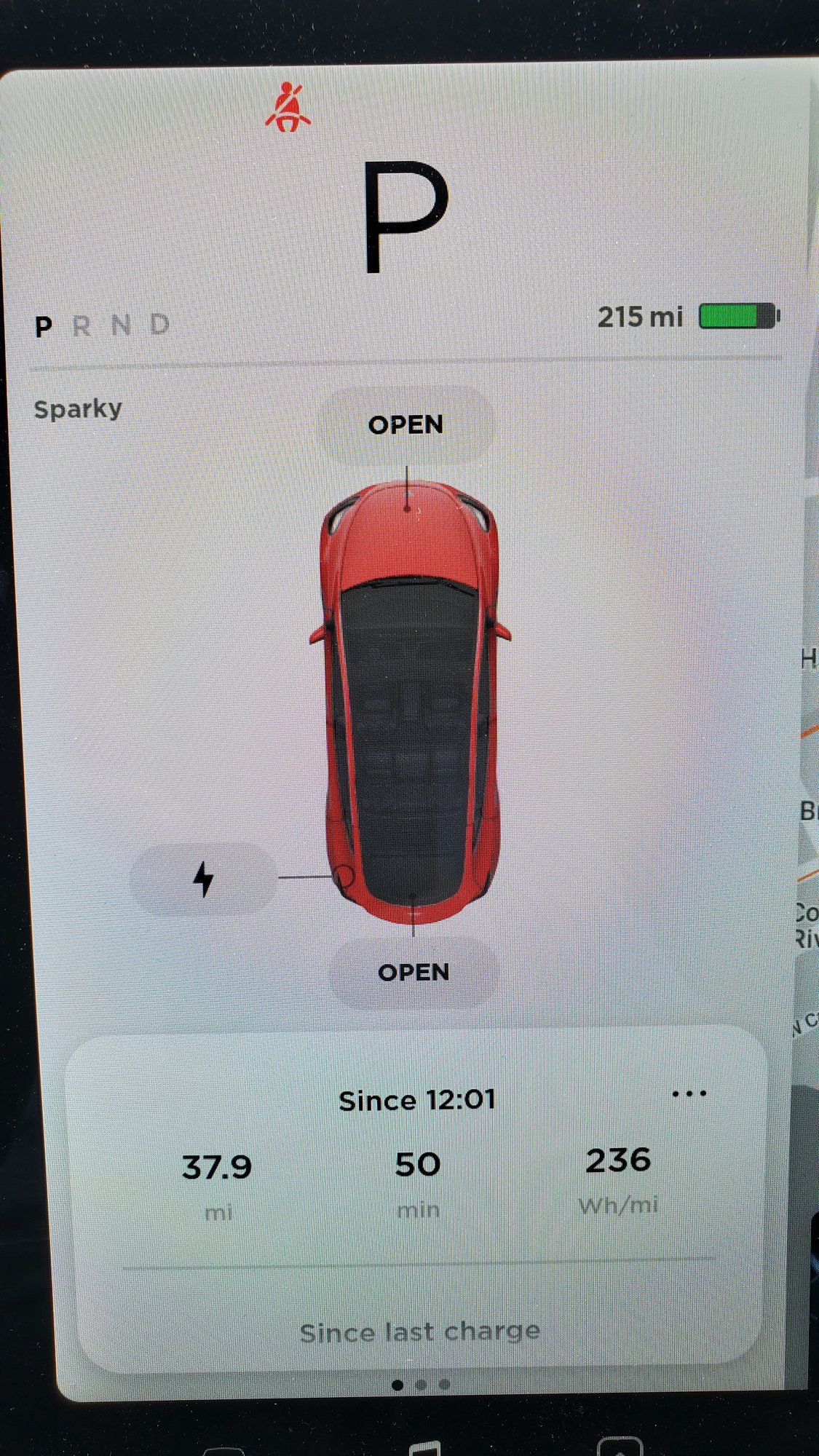 I'm going to bet that nothing you observed in changes are the result of updating to this firmware version.
N

Silicon Desert said:
I'm going to bet that nothing you observed in changes are the result of updating to this firmware version.
Click to expand...

My guess is that you are correct. I was just shocked to see such a large increase in efficiency on this leg, and I have no idea what to attribute it to other than this update. The winds were typical for this drive; I don't make this drive except to kiteboard which means West winds are always blowing when I drive this leg. So the wind should be typical. Obviously the climb is identical. Traffic was typical. If anything, traffic was probably a tad faster than usual. My guess is the next time I drive it, efficiency will be back to normal...
Reactions: Silicon Desert
L

You said you drove this time slower...the car takes a large hit for the speeds in excess of 55-60 as the resistance increases
Reactions: preilly44
N

Larryfl1 said:
You said you drove this time slower...the car takes a large hit for the speeds in excess of 55-60 as the resistance increases
Click to expand...

No, I said the drive was slower than what I had the cruise control set at due to traffic. This is always the case on this route. If anything, I probably drove the route a bit faster than normal as the traffic in front of me didn't seem to be as slow as usual. But I can't swear to the actual speed compared to normal. As I said though, if I had to guess, I'd say I probably was a bit faster than normal.