@Mr Miserable Do you know how long unloading usually takes? When are the cars loaded onto trucks and carried to the delievery centers? Here in Germany it seems that cars are delivered to owners about 7 days later after a ship has arrived.
A

Wondering why the Amsterdam has slowed.
What is the likely reason? 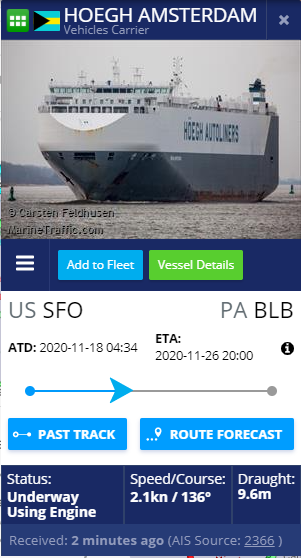 apehest said:
Wondering why the Amsterdam has slowed.
What is the likely reason?

There could be a number of reasons - crew training is most likely. Training and practicing the crew on the launch and recovery of a rescue boat, a man overboard drill, and such like. Weather conditions are good, it's daylight and so a great time for some crew training.
Reactions: OttoR, Mr. Impatient, apehest and 1 other person 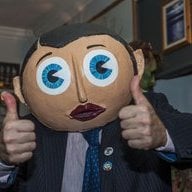 Ben83_M3 said:
@Mr Miserable Do you know how long unloading usually takes? When are the cars loaded onto trucks and carried to the delievery centers? Here in Germany it seems that cars are delivered to owners about 7 days later after a ship has arrived.
Click to expand...

I believe I am onboard Glovis Crystal and have a 12th December collection booked. I believe GC will come to Southampton on the 8th, so 4 days between landing and collection.
Reactions: nrps1

apehest said:
Wondering why the Amsterdam has slowed.
What is the likely reason?

She has now resumed her voyage and so I reckon we saw some crew training taking place.
Reactions: apehest
S

I am starting a collection for a statue of Mr Miserable. I am excited as hell at the thought of my little M3 LR sailing her way over to me, so Mr M’s free updates keeps me going.
Reactions: StevehConwy, Twinkleten and Skatebambi

TRITON ACE will depart Zeebrugge later today for Southampton.
There has been no major change to her Southampton schedule and so she will start unloading her Tesla cargo there tomorrow evening.

GRAND AURORA At midday her position was N45.5 W24.8 about 810nm SW of Lands End
There are no weather concerns.
ETA Zeebrugge Wednesday morning and Southampton on Sat 28 Nov 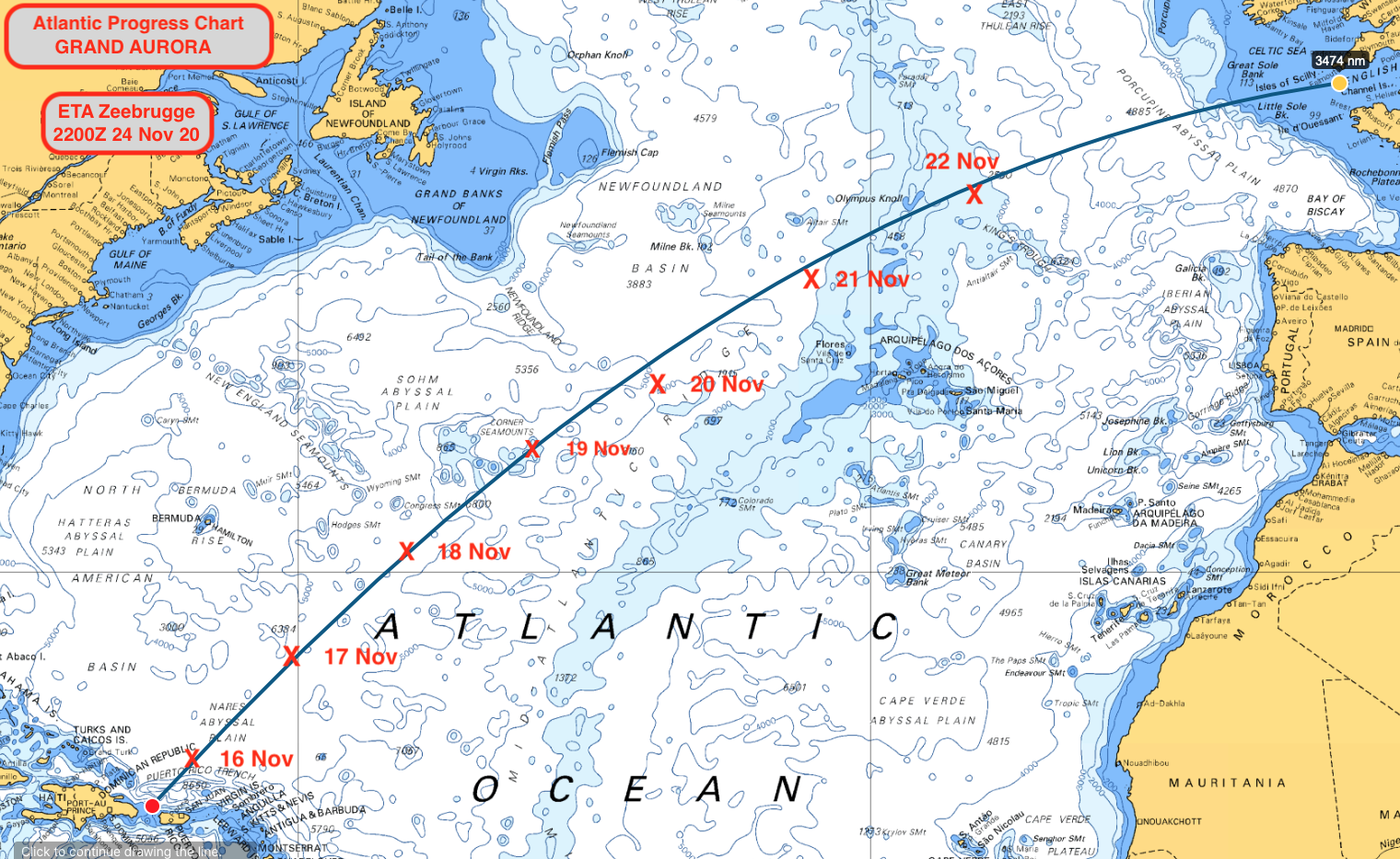 TOSCANA She lost more time than I expected when she was battling the Mistral the other day.
She is about 35nm south of Almeria, Spain and approaching the Straits of Gibraltar at 16kts.
She is due to arrive in Zeebrugge on Friday 27 Nov 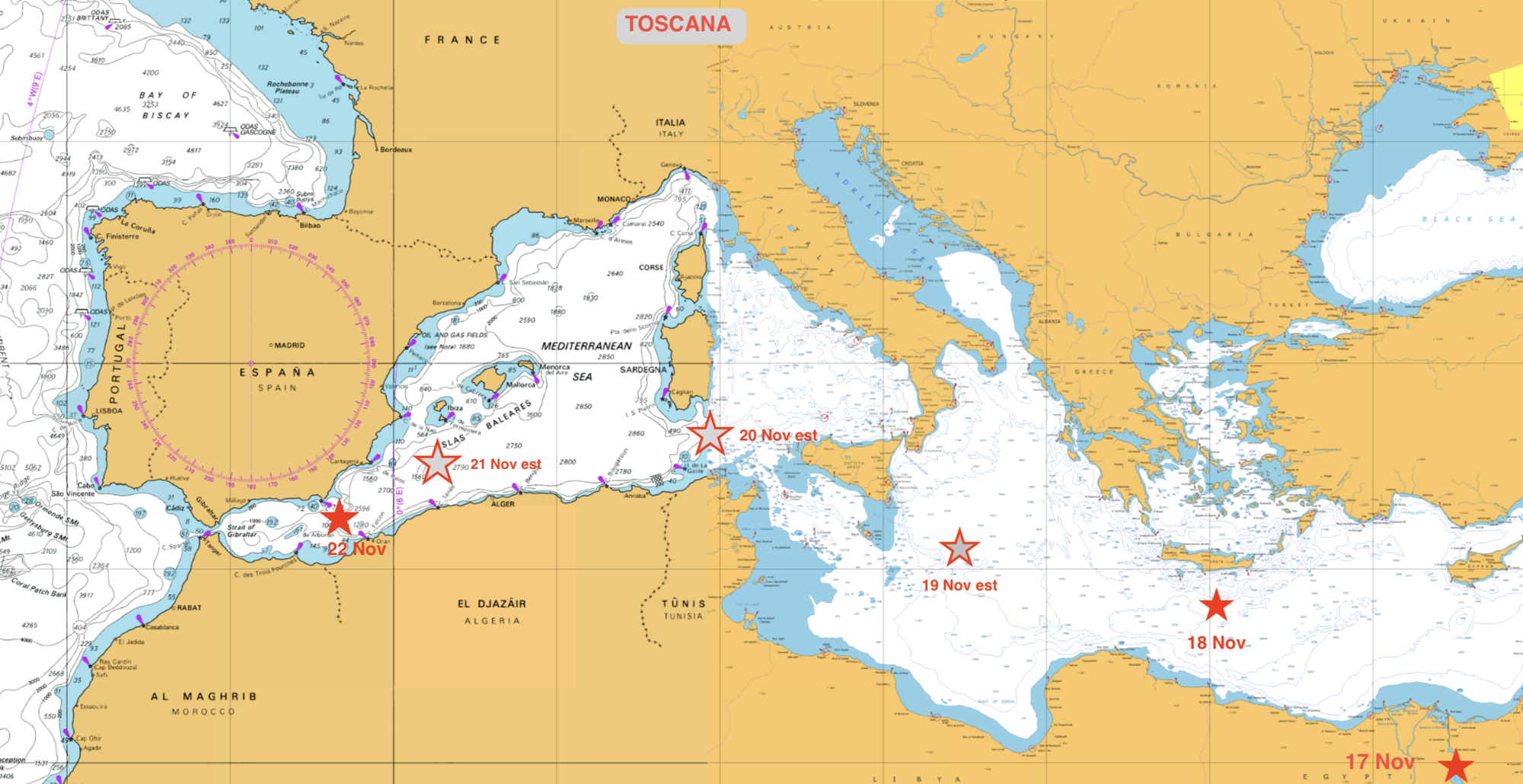 GLOVIS CRYSTAL She is at the southernmost point of her voyage and is about to enter the Gulf of Panama.
She is on schedule to anchor off Balboa later today and I expect her to transit the Panama Canal early tomorrow.
I will post a little later some more information on the Panama Canal, timings and links to webcams so you can watch the ship transit the locks tomorrow.
I estimate she will arrive in Zeebrugge on 5 Dec and Southampton a couple of days later.

The free GLOVIS CRYSTAL will close when she enters the canal and so enter now! 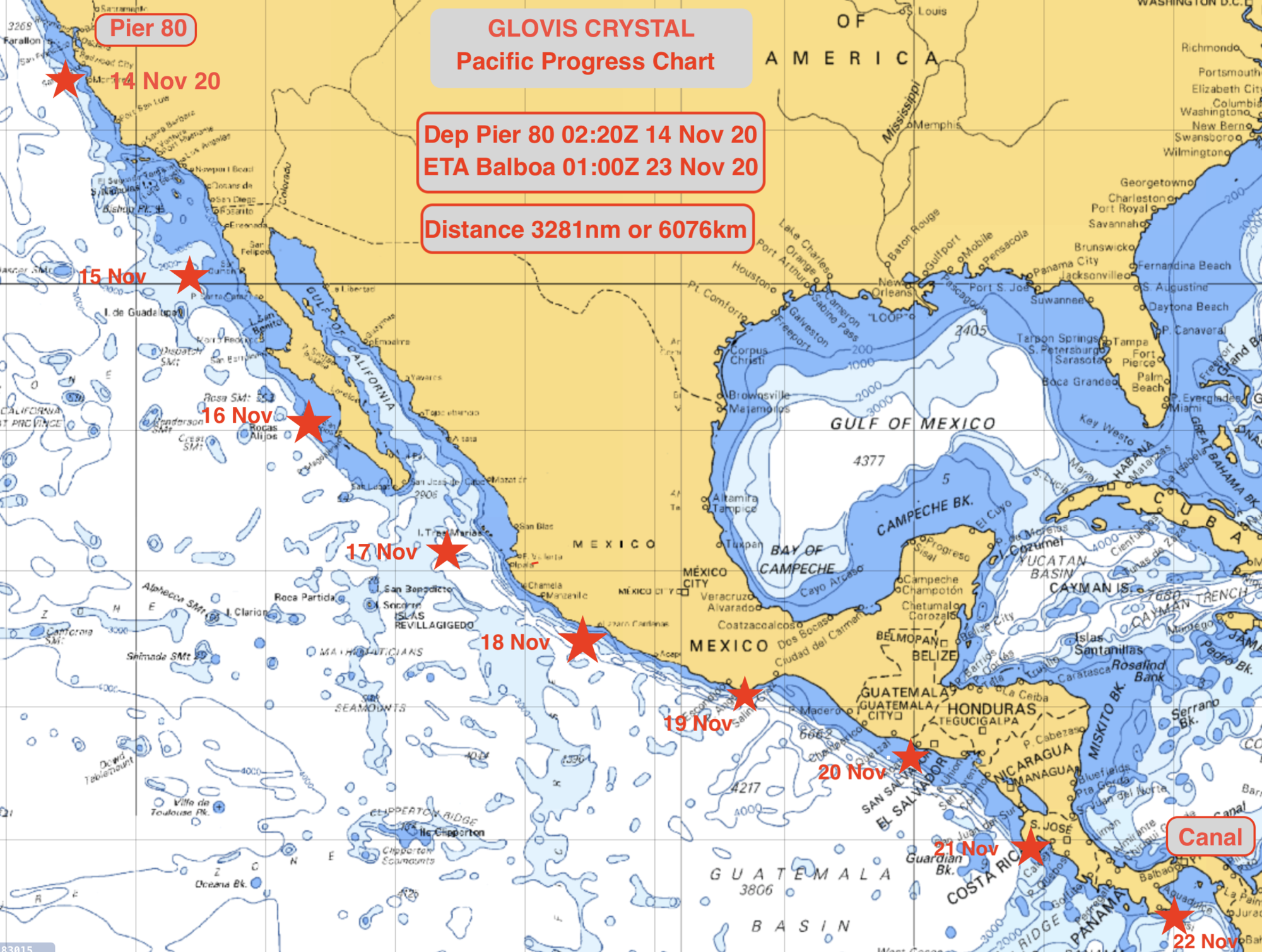 TANNHAUSER has just entered the Red Sea and is on schedule.
The weather continues to be fine.
She will arrive at Suez on Wednesday and Zeebrugge on 6 Dec.

RCC AMSTERDAM continues enroute to Balboa with an ETA of 26 Nov.
She is making 16.5kts and is just over 100nm S of Puerto Vallarta.
She has no immediate weather concerns and is still 550nm away from encountering a much less intense Tehuantepecer wind than GLOVIS CRYSTAL faced. Nevertheless the area still remains easily avoidable.
I expect her in Zeebrugge around 9 Dec and Southampton on 12 Dec 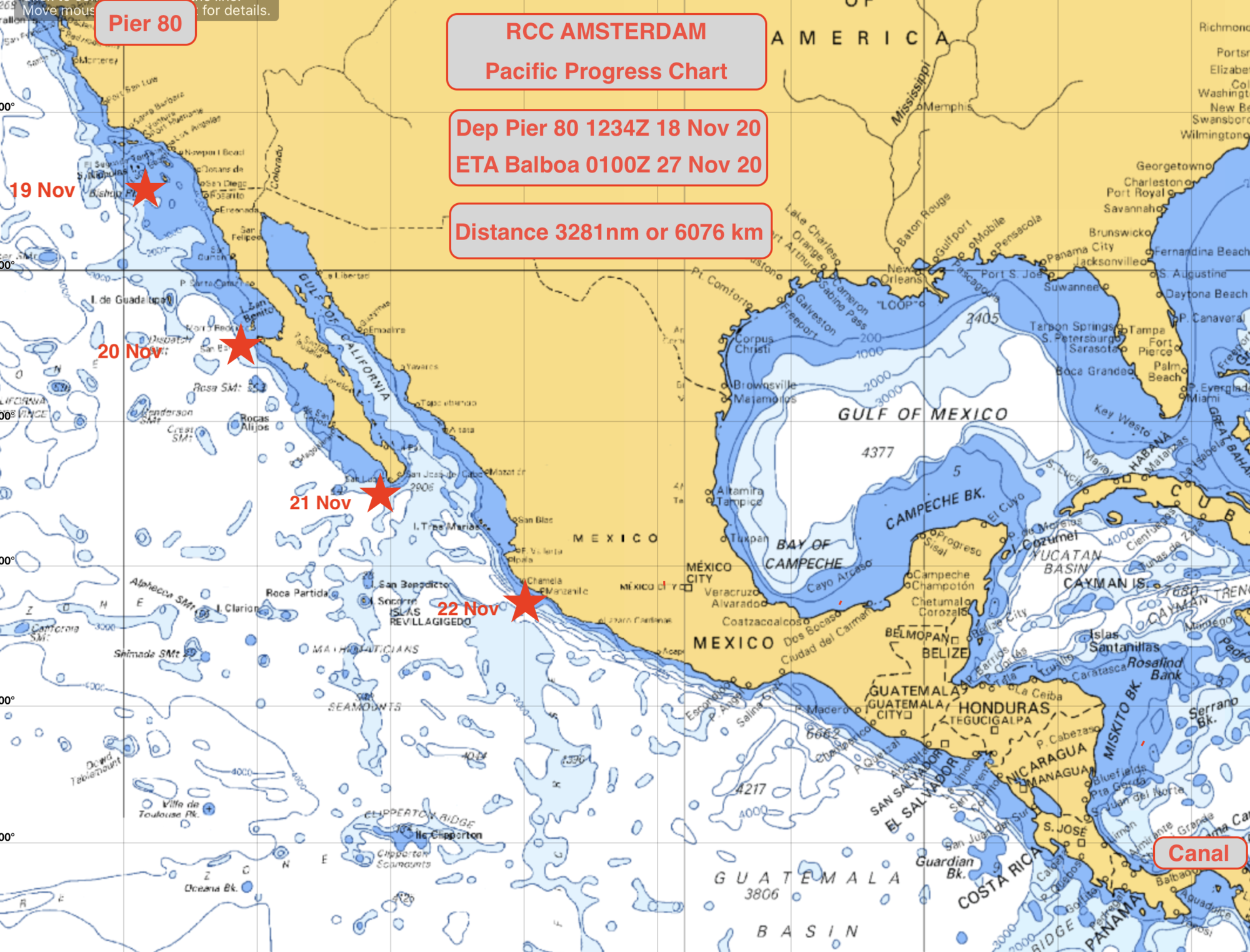 GLOVIS SUN is now alongside Pier 80 and should depart on Tuesday. Destination to be determined.

GLOVIS CAPTAIN will shortly reposition from Benicia to an anchorage in the San Francisco Bay and wait for Pier 80 to become free. Destination to be determined.
Reactions: ABCTG, Arkilia, Mr. Impatient and 2 others

mac500 said:
Hi, found this thread a few days ago and having fun getting all this information. First time ordering a Tesla and awaiting delivery of my Model X somewhere in December in Belgium. But reading the updates here every day makes the waiting time more enjoyable. Thank you so much for doing this.

I still don't have a VIN number so I'm unable to know on what vessel my car is located. I just received information last week that a car is assigned to my account and it on its way to Belgium ...
Click to expand...

If you are waiting for MODEL S or Model X

Although Model S and Model X are made in the same US factory as the Model 3 their delivery journey to you is markedly different.
Both Model S and X are shipped partly assembled in containers (3 to a container).
They are moved by road from Fremont to the Oakland Joint Intermodal Terminal where they are loaded on to a train.
The train then takes about 9 or more bone-rattling days to travel to Houston. (actually BNSF Pearland).

From Rotterdam the containers are moved by road (or barge) to Tilburg in Holland. Your car is removed from the container and then joins a mini production line where it is reassembled. It is then moved to Zeebrugge and shipped to Southampton.

As can be seen, all this takes time.

Finding your car in this complex logistics chain is difficult but there is a man who can. @Vedaprime is the specialist in this area. You can find him here but he normally resides on Twitter.
B

Sorry in advance if this is the wrong place to ask.
How long does it take for a car to travel from Fremont to Pier 80 for loading?
I know my Model 3 was produced on 12th of November so is it on RCC Amsterdam or Glovis Crystal, that left the port on 14th, that means two days from factory to ship. Is it possible?
Thanks
J

Moderator comment - in an attempt to keep this thread focused on shipping involved in UK deliveries, many posts relating to shipping within Europe have been moved to start a new thread Inter-European Shipping and Deliveries

Please feel free to continue to discuss shipping and transit movements between the factory and Europe in this thread, but within Europe to other final destinations other than the UK and Ireland, or individual vehicle progress, please use other more relevant threads.
Last edited: Nov 22, 2020
Reactions: ABCTG, init6, MGrove and 3 others
A

It looks like the GLOVIS CRYSTAL is about s to enter the first lock.

Edit: No, this is more likely the Brilliant Ace 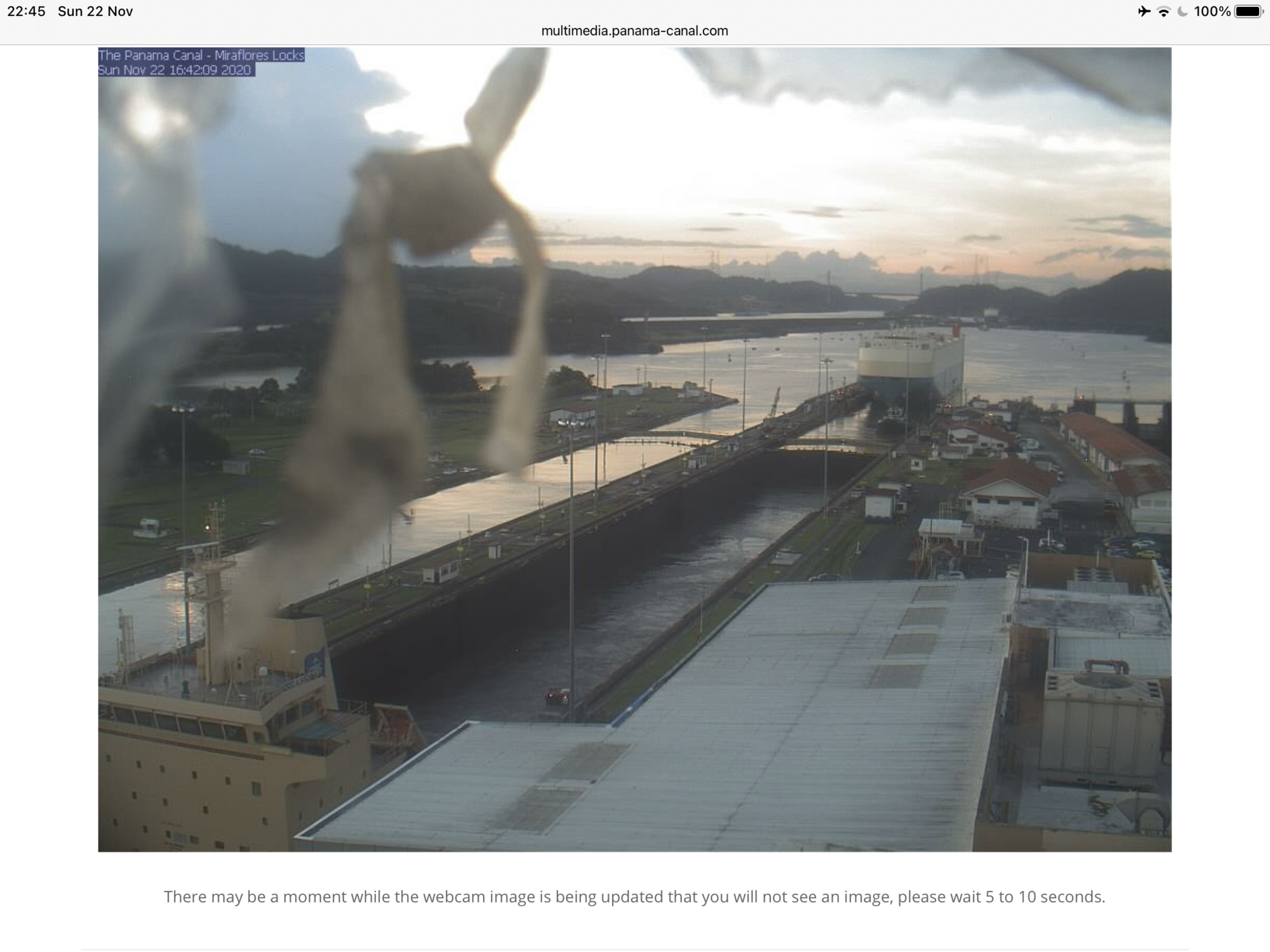 GLOVIS CRYSTAL has just anchored off the entrance of the Panama Canal and will wait until she is called forward for her transit which is likely to be in the the small hours of tomorrow morning.
She will have paid a fee to jump the queue.
A canal pilot will board prior to this - no vessel of any size can transit without one.

The Panama Canal provides a shortcut for shipping travelling from the Pacific Ocean to the Atlantic Ocean and vice-versa. Instead of having to route to the south of South America and then back up, a distance of about 10,000 nm the canal offers a mere 50 mile transit. This comes at a big (well into 6 figures) price, calculated by a complicated formula, designed to maximise revenue to the canal operators. The original canal opened in 1914 and was an immediate success. In the first year it handled about 1000 ships and by 2008 it was handling nearly 15,000. These figures alone don’t tell the whole story because ships were getting bigger and bigger and one of the limits to the size of ships being built was the size of the locks in the Panama Canal. Ships that were built to fit (just) into the locks were described as Panamax ships. That is why so many cruise ships, container ships and car carriers are 32.3m wide and have a draft of under 12.6m.

The expansion of global trade and the increase in shipping meant that the canal was becoming a bottleneck with frequent delays and queues of ships waiting to transit. Fees for queue jumping became ever more expensive and ever more necessary to avoid delays. Alternatives to the canal were seriously being considered eg the NW passage and a number of alternative canal routes that avoided Panama completely. Panama relies on the income from the canal and could not afford for any of the alternatives plans to be viable and so the plan for the expansion to the existing canal system was commenced in 2007 and completed in 2016. This introduced two new sets of locks built parallel to the existing locks. Significantly, they now allow ships up to 366m long, 49m wide and with a draft of up to 15m to transit the canal. The new locks are of a modern design which use less water and are regarded as safer and more reliable too.

So a Panamax ship like GLOVIS CRYSTAL will use the old locks - Miraflores, Pedro Miguel and Gatun locks to transit whereas bigger ships like GLOVIS SUN have to use the new locks at Coccoli and Agua Clara.

The canal is big business and so is generally a pretty slick operation entirely dependent on how much you have paid. The Tesla ships are normally booked in several weeks in advance and are given a pretty high priority. Delays of more than 24 hours are rare and normally we can expect the ships to start their northbound transit in the small hours of the morning and be in the Caribbean around 8 hours later.

There are webcams at the locks so you can watch the ships going through. The link to the webcams is here
Sadly the webcam covering the Pedro Miguel locks has been dislodged and is not offering a view of those locks at the moment. 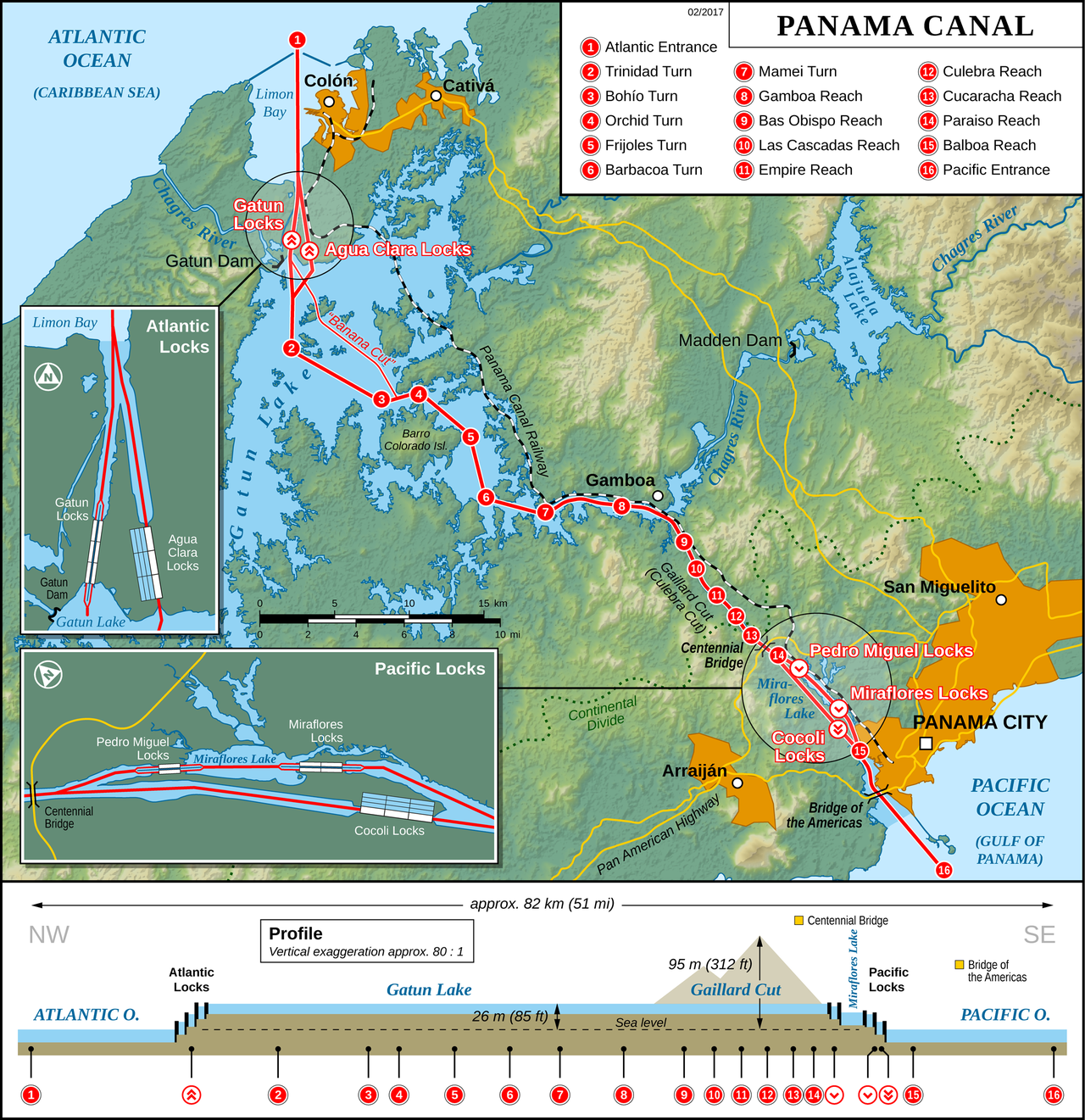 Thanks to @Mister J for providing the above graphic.
Reactions: SummerlinChiro, nrps1 and Mr. Impatient
M

AnthonyC said:
It looks like the GLOVIS CRYSTAL is about s to enter the first lock.

Edit: No, this is more likely the Brilliant Ace
View attachment 610945
Click to expand...

Glovis Crystal will also be coming from the other direction on Monday 23/11. 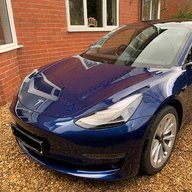 Ready for the lift: 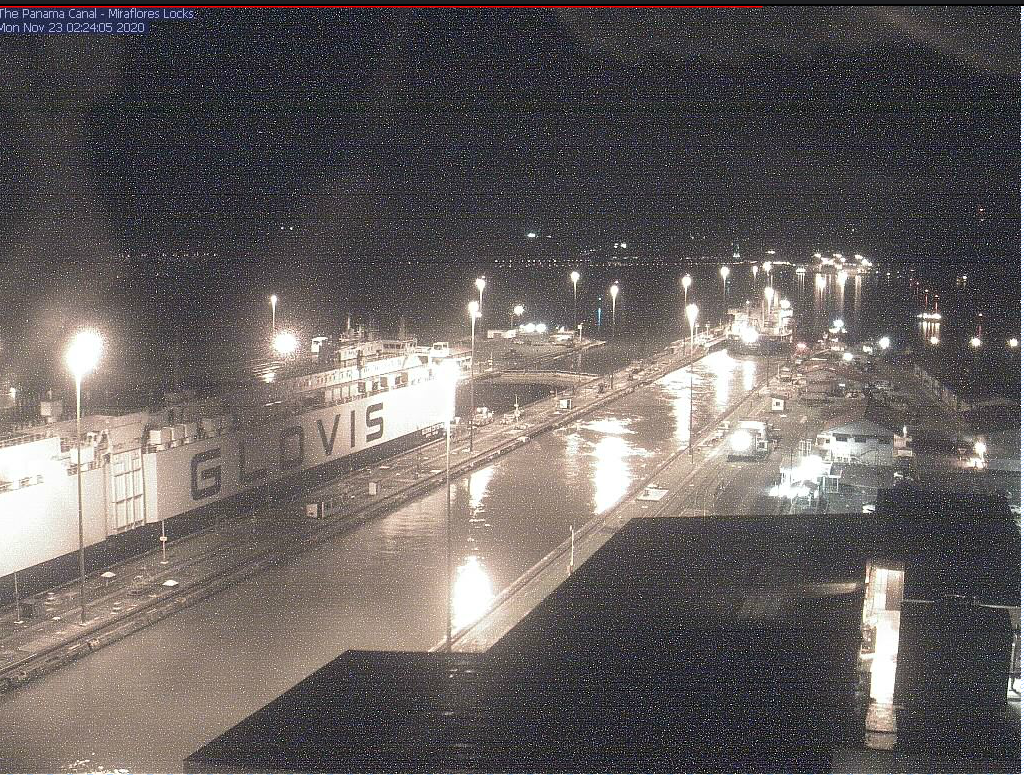 Wrong Dock. It needs to move to Dock #104 before it unloads Tesla cars, from what I know.

The UK and Ireland Today at 1:58 PM
Mr Miserable

Of Course I Still Love You is on the move...

The UK and Ireland Today at 3:40 PM
Cocomaxxi