I've been having trouble getting our Liftmaster 3850P-267 to learn the Homelink that Tesla just installed in my 2022 TM3. The Liftmaster's receiver is known-good, having no range issues and a recent history of programming two 373LMs, Homelink in a 2007 Prius, and a wired remote keypad. Been mainly trying in D-Mode, since the 3850's 315 MHz Security+ expects a rolling-code remote, and the Tesla's other setup method (the default) appears to be set up to learn from a remote rather than have the receiver learn from it (not great security – being able to learn from a remote – and didn't work anyway). Tried pressing transmit multiple times, removing bulbs from the 3850, repositioning the car, etc., but the 3850 never learns the Tesla. I went so far as to clear all remotes from the 3850 and added them back successfully, but it still would not learn the Tesla's Homelink. 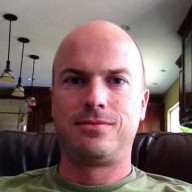 Tesla's directions are available here: Do It Yourself - Model 3

For your GDO, after the Tesla learns the remote, press "Prog" on the wall control panel twice, then activate homelink in the car. When it works the lights on the GDO will blink.

Press the learn Botton on the GDO body, then activate homelink in the car within 30 seconds.
Last edited: Mar 2, 2022
Reactions: Maric and afadeev
•••
L

Ah, from what you're saying, it sounds like the first part is having the Telsa identify the system (i.e., its frequency and protocol) by "playing" an existing handheld remote for it, and the second part is then having the GDO learn the Telsa's rolling code in a manner like it learns other compatible remotes.

If so, the instructions make more sense. Though the warning that goes "Vehicle exhaust contains carbon monoxide, a dangerous gas. Do not run the vehicle's engine while programming HomeLink." is pretty amusing to see in their instructions for a Tesla !-)

This evening after work, I'll try it using the default rather than D-Mode and see if it figures out the right thing after pressing the "two outer buttons" on the 373LM.
•••
L

I got it to work, but the upshot in my case is this: Pitch Homelink's present instructions for the TM3, and just use Tesla's. And press just the one button on the 373LM (handheld remote), not two or more like Homelink says. After the Tesla flashed its headlights to indicate it had identified the remote, the rest of the programming steps worked as one would expect for my GDO.
•••
C

I had problems programming mine. Made a video of how I was able to get it to work, process is different then Tesla. Hope it helps.

Trick to Programming Homelink With Liftmaster