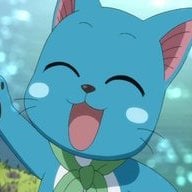 My courtesy car has started acting weird, in so much as as soon as I go to plug the charger in, it makes a sound "that almost sounds like a short?" but also its putting the locking pin out way too early, before I even get the plug past the lip of the charger.

I end up having to manually unlock the charger and then slam the plug into the port super fast before the pin comes out again.

Its only started doing this the last couple days. I'm assuming its the car and not my cable. Is this one of those "known" things about the older S's by chance?
•••
I

Often I find it's more the fact it's a loaner than the actual car which makes them rather unexpected. Anyone would think they're mistreated.
Reactions: Billbrown1982
•••

Crackling when plugging car in to charge

The UK and Ireland Mar 19, 2022
Irata
I
D
Trading in car in 2 days…Mobile Connector won’t fully plug-in to Model 3