Thought it was worth sharing my thoughts now my 85S has been sold, just in case anyone was wondering what it is actually like!

I bought a black MS 60 autopilot in October 2014 at the Goodwood Festival of Speed. This was an excellent car however, I got a bit close on range limits with a real life range of 140 miles or thereabouts.

It was a company car so the tax advantages of electric cars were very much a part of the decision buying process. That and the performance of course.

After 2 years I part exchanged it for a red 85S with 400 miles on the clock. The depreciation on the black S was pretty negligible.

The rear wheel drive 85 S had more wallop the the MS60. The MS 60 was a seriously rapid car in itself. I regularly achieved over 210 miles on a single charge, even in winter. I never noticed and lack of grip from the RWD, I couldn't really see the point of AWD in the models I tested.

It was a pretty poverty spec model with cloth seats, however, compared to any other car it had loads of features that even now I miss. It had the most important features however, auto pilot, free supercharging for life and the million mile/8 year warranty. It cost £54,000 I think, so right at the bottom of the price range for the Model S.

The main thing for me was music streaming and the live traffic satellite google screen. It was superb for planning routes and avoiding the traffic coming out of London.

I remember being disappointed that the Government changed the BIK for electric cars a couple of years after I bought in. I think this situation has been rectified now.

In summary, the MS85 was a superb car in so many ways, Not just as an electric car, but as a car full stop. Brilliantly comfortable supremely quick. I thought the road holding and brakes were superb too.

During my ownership of the MS85, I was able to compare it to a few other model S models. My favourite was a P85 RWD which was very quick indeed. I also had MS 70 Dual models. They were very nice too, however I am sure they didnt quite have the thrust of the RWD MS85. Out of all the cars available a sporty RWD model would be my second hand pick now.

On European trips the high cost of diesel and petrol meant it was always the first choice in the fleet. Free supercharging in France and Spain always worked, I found the charging network totally reliable, free and of course quick.

The car never gave me any problems, I never had to take it in for any issues, so the fact the nearest dealer was over 3 hours away did not matter.

The Wifi updates were a cause for excitement, the whole tech-part I still think is the best available for any car maker at any price point available.

Brakes did not wear at all over my ownership on either car that I could see.

The A/C on the red car needed recharging after 2 years.

The battery capacity did not seem to degrade at all over my ownership. The car was always in regular use.

The whole family loved the red 85. The most annoying thing about it I found was how Top Gear ignored it for at least 4 years and how other motoring journalists seemed to ignore the taxation implications on the cost of ownership as well as the low fuel costs and the lack of servicing costs.

I feel that it has taken them 5 years to catch on to just what an exceptional car the MS is, I notice James May has just purchased a 90D.

So the red MS has gone. On the day it went she looked as good as new and drove like the day I picked her up from West Drayton. Even with 85,000 miles up she still retained 60% of her value, something which is not often commented on.

Would I buy another one?-yes

Would I recommend Tesla to friends?-Yes

Would I buy one new? Yes

Would I buy one second hand without the manufacturers warranty? Yes

Do I still think it is the best car in the world? Yes I do!
Reactions: Vegas, nikhon, dark cloud and 5 others

Glad you're thoroughly enjoying your Tesla! Its very rare to see threads like this. Most people post threads on here when they have a problem that they are trying to figure out how to address and there are others who are not so lucky and have one problem after another.

I've been lucky so far, but have only had my 2106 S75D for 4 months so far. No problems so far other than the front suspension rattle that was fixed under warranty. I absolutely love the car - the instantaneous torque at any speed, the peacefulness of the quiet drivetrain and low running charging costs. 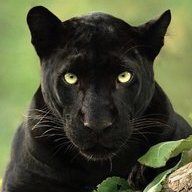 Its great to read a positive post and the good tyre milage. Only seeing 40% depreciation was good to as BMW would have been 50% as soon as you drive it out of the showroom.

T
Model S Ownership Transfer Process. Email has not been sent to recipient.