Is the new cell type better or worse for

Current - can it maintain higher discharge currents for longer ie chemically and thermally?

Voltage - did I read correctly that actually the cell voltage is a bit lower than the existing cells in the 85KWH battery.
If in fact it is a bit lower could this in theory mean that the P90D would be slower than a fuse modified P85D at higher speeds as the motor back emf builds up?

and what about degradation -
Is this new technology claimed to have longer lifetime?
••• 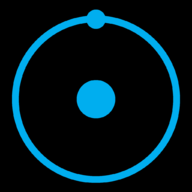 Can someone translate that?
•••
A

Suppose these are the new cells being used in the 90 kWh pack with silicon oxide anodes.
•••

the cell in the linked sheet (BF) seams to have same capacity as the (B) cell. so doubt this is the cell - it is though a litle lighter and could potential give the pack a higher capacity. that require tesla to build a new pack with more # cells in the pack ( not likely).
with the same weigth of the pack they could include up to 160 cells more. each with a capacity of 12 watt. total extra capcity would be only 2 kw, so the numbers does not match.

anyway if this is typical charteristics of the new anode then it seams it hold a larger voltage while under load - wich should help keep the hk up under load.
•••
O

Tesla is using a small amount of silicon in the negative anode. This allows for a smaller anode, which in turn allows you to increase the amount of energy storing material in the battery. That's why we are seeing a tiny increase. It's purely from the result of adding silicon to one of the anodes. Per a research article that I read, currently only a tiny amount of silicon can be added to the anode without causing the anode to be destroyed quickly over time. Silicon causes the anode to expand and contract to an extent that degrades the anode very quickly versus pure graphite anodes. One of the challenges, according to this article, is mitigating the degradation caused by the addition of silicon.

Given the above, I probably wouldn't expect any improvement to the degradation curve.
•••