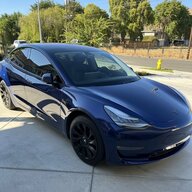 Not sure which section to post this. I’ve posted about this before but may not have explained it well. I’ve experienced two occasions where my A/C kicked on in the morning and when I went to my model 3 I found lots of water in the ground and condensation all over the inside of the car including the center console, rear view mirror and side door controls. I never turn my A/C fan to “Low” so it was a shock to find this happen especially on a second occasion. I took it into Tesla previously and they told me one of my actuators failed and the Freon was low. They replaced the actuator and filled Freon. My 12V battery had also died which caused an extra trip to the SC probably due to the A/C working hard in the cold morning. I took it again to the SC today and they basically told me they think the A/C was turned to “Low” by the UI and the aftermarket screen protector has something to do with it. I’ve never heard something so absurd in my life. Does anyone else buy this and what would you recommend? I was afraid it would happen again so I turned off the precondition setting in the morning. What should I do? The SC wants me to remove the screen protector and see if it happens again. My wife has a model 3 with a screen protector and has never experienced this issue. 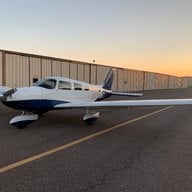 It is unfortunate that our Tesla friends are so quick to crank up the BS generator when they are stumped. This is truly my only real beef with the SC.

This is BS in it‘s purest form. Ask them why your touchscreen overlay is selective in the buttons it presses. So, it randomly selects CLIMATE, then sets the fan to low. Really? Watch them just blink at you. Use The Force and don’t give up. Kill them with logic.

How do I know this? I had my M3 30 days when the DR rear door actuator got funky. After having it 3 days at the SC, they told me it was the little stickers I put on the openers to guide a non Tesla person to get out. I told them it was doing that way before I put them on. Even after I subliminally let the guy know I was not an idiot, he still tried several other versions of BS before replacing the actuator “as a courtesy”. The problem magically disappeared.

Don’t be a jerk, but don’t get buried in BS!

HVAC Control - for those over 50