A tour of The Spaceship Company 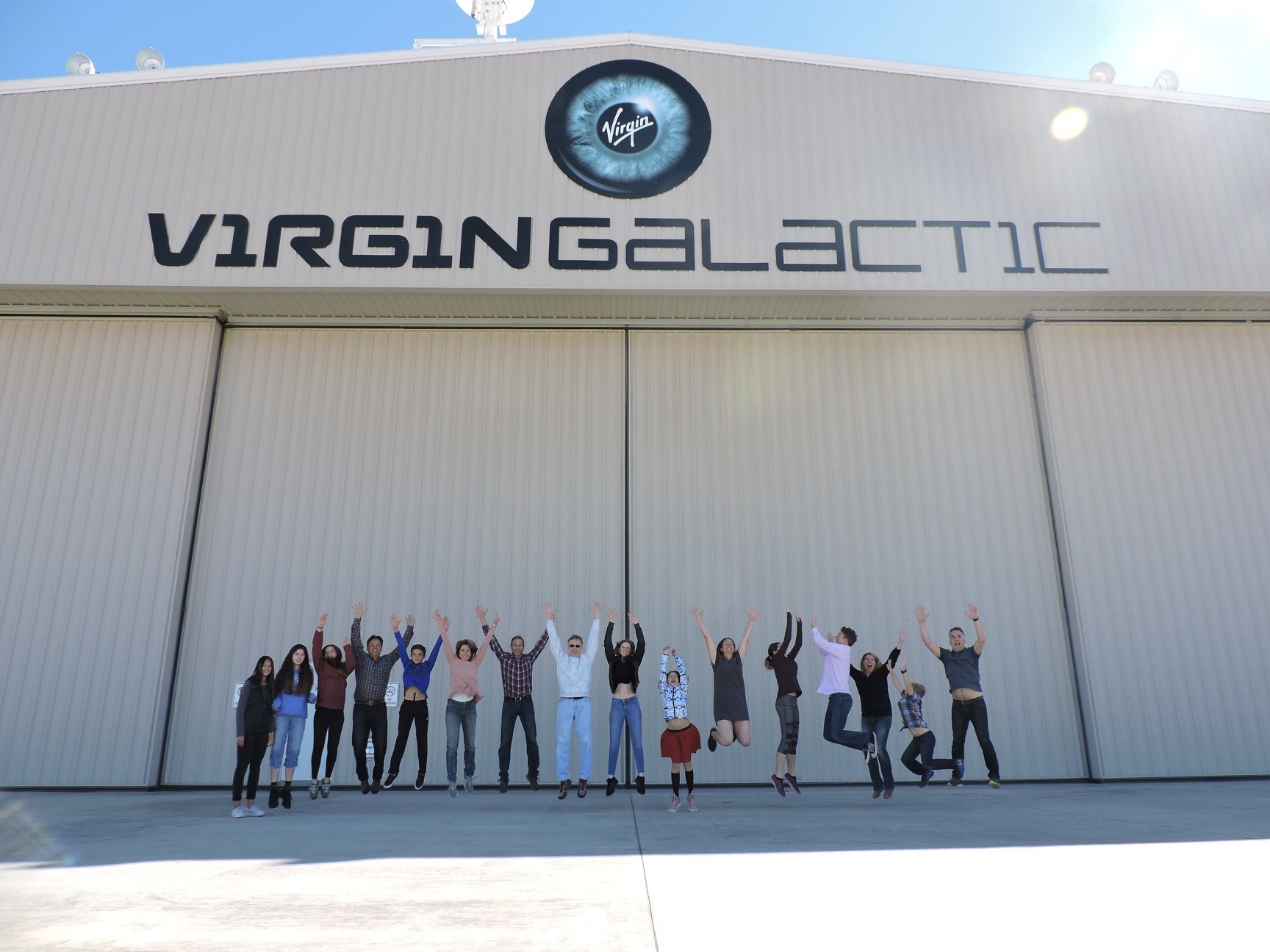 A friend of mine works for Branson’s Virgin Galactic and was kind enough to invite me, my daughter and a few other families to visit The Spaceship Company’s integration hangar in Mojave where they have their launch plane and space plane. Virgin Galactic hopes to offer tourist trips to the edge of space on a routine basis. Their system is a large 4 engine mother plane that carries a space plane to 55,000 feet, drops it, whereupon the space plane lights its single hybrid solid motor rocket for a 60 second burn that takes the plane to about 62 miles, and then drops back eventually landing like a conventional airplane.

It is located just off the Mojave airport which has a rich history of ‘wildcat’ space entreprenurism including numerous failed startups, and some steady small aerospace contractors that toil away.

If I understood the computer displays of Gantt charts while we were touring, I think they are close (like within a few weeks) of doing a full test of their space plane. Of course, test schedules never go on time, so who knows.

To recap for those that haven’t been following Virgin, Burt Rutan and his Scaled Composites company won the Ansari X Prize 14 years ago for taking a space plane to the edge of space twice within weeks demonstrating reusability. Branson was so enamored by that feat that he hired Scaled to build him a production space plane or two. Unfortunately, they had not one, but two, fatal accidents along the way, resulting in Virgin buying out and taking over space plane production.

Anyways, the tour was interesting, especially as I had had the opportunity to tour SpaceX several years ago. This tour wasn’t of the actual manufacturing floor, but of the integration facility where they had the mothership and the space plane. Compared to SpaceX, this was a tiny operation which makes sense since they don’t have to do a lot of manufacturing. It’s all reusable, so make two motherships, and a few spaceplanes and you’re done.

The rocket motor was pretty small, as was the space plane, but then they don’t have to do too much. The ship is not going anywhere near orbital velocities, and their unique launch, at 55,000 feet, reduces propulsion needs even further.

The TSC hangars are within viewing distance of Paul Allen’s company hangar, Stratolaunch, which aims to do a similar thing with an even bigger, six engine mothership plane to launch orbital class rockets. Virgin itself is supposedly going to expand into the small orbital launch business with the debut of Virgin Orbital, which will launch payloads that the Falcon 1 would have launched had SpaceX continued to serve that market of small LEO payloads.
Reactions: Electroman
•••

Wow, what a great experience! I’m in the process of reading the new book “The Space Barons” and just finished the part about Scaled Composites and Branson taking over and renaming it Virgin Galactic. Personally I’m skeptical the company will make it, but who knows. I suspect that SpaceX may be able to offer shared launches and spaces for small sats at prices that will be less than what Virgin Orbital can offer.
•••

The Everday Astronaut just did a video discussing the SmallSat market and launch providers:

Apple TV: “For All Mankind” an alternative history of American space exploration