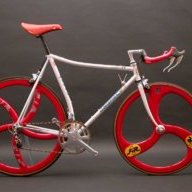 Well rumor is our Model X 75D will be returning to our stable tomorrow... after a month in Service. I had mentioned prior that we were given an Infinity QX80 loaner that was just about the most horrid and somehow hilarious mode of transport I have ever driven. Well, a week ago I could take no more. I contacted the Service Center and asked if they could put us in ANYTHING else other then the QX80 (a.k.a.: "Fat Betty"). They set aside a Model X P90DL AP1 for us loaded with all the options. Now granted having our car in service for a month (not all the SC's fault... the contracted body shop failed to make the correct repair the first time and the whole process had to start anew.) could be an upsetting thing for an owner but as I have said prior. I'm a car nut. I don't car what car. 1972 Toyota Corona wagon. A Dodge Viper. A Pontiac Aztec! I love them all even if they are penalty boxes because each car has it's own personality and it's own... "thing". Heck, even the difference between two similar cars... our Model X 75D and a Model X P90DL was telling.

First, the Model X P90DL loaner rattles quite a bit. That was surprising. Also, the 22" wheels really do impact both ride quality and efficiency. It is noticeable. But the speed. Oh... lord have mercy. This is the first car I have driven that actually has made me feel queezy as a driver. you get launch control right and this thing will change the earth's rotation. My buddy Tony is a real 'Merican car guy. Detroit, Ford, Chevy, Big Block... you get the idea. So as we are getting in the MX P90DL for his first ride I tell him: "This car is as American as any with about 99% of it's components not only made in the U.S. but made right here in California." Tony just say's: "This isn't "American. It's an iPhone".

Now this loaner stickered out at something like $154,000. That is $61,000 MORE then our moderately optioned out AP2 Model X 75D. With the monetary gap between those two Model X's I could buy 3/4's of a soul stirring 505hp Alfa Romeo Giulia Quadrifoglio. So I am happy to report that as much as I am addicted to the time machine that is the P90DL Model X, the lowly Model X 75D is 95% of the car for 40% less. It's like a sweet Ted Baker suit hanging on the clearance rack... when it works.
Reactions: hiroshiy, DIL and waterloo42
•••

Cool... And, if Elon has his way, every loaner will be a P100D (L, but they all are now). Aren't they limited to the CPO/Loaner/Inventory 85 mph? But as you say, you can get a lot out of instantaneous transportation to 60 mph!

And, yeah, even if you think the extra $45K is nothing (what an X 100D loaded switched to P costs you), there's the insurance costs also!
Reactions: RayCzar
•••

After 3 windshield replacements and some minor wrestling with the overburdened San Diego Tesla Service Center we finally have our Model X back. What should have been a simple repair turned out to be much more complex. We had a misaligned drivers side sun visor which led to the discovery of a incorrectly installed drivers side curtain airbag as well as a wind shield that appears to have been incorrectly installed from the factory. (At least that is how I understand it.) Dropped car off on April 5th and got it back May 15th.

During this time we got to experience 2 vastly different loaner vehicles which you can read about in earlier postings in this thread. One of them, a Model X P90D Ludicrous, I thought I would miss desperately once it was returned but surprisingly I do not. Yes, the power is simply amazing and I joked with my car buddies that "I go everywhere a 1/4 mile at a time". Soon after it's arrival the P90DL was given the nickname "The Time Machine" because I could be late to an appointment and... ZAAAAOOOOHHH... not late any more. See that traffic light up ahead?.... ZAAAAOOOOHHH... we're there! It was mesmerizing the way that vehicle could play with physics.... even in the rain. (Seeing the traction control flickering under full throttle as the car hurdled past 70mph was hilarious... I mean what AWD vehicle does that? Wow.)

But the thing is, our 75D with standard 20" wheels, white vinyl interior and standard stereo seems to strike a perfect balance. The P90DL MX loaner felt heavy and sometimes a bit like it was not trying to absorb road imperfections but rather trying to beat them into compliance. It's 22" wheels look AMAZING but truly did give the vehicle a sometimes jarring ride thanks to it's rubber band thin tire profiles. It definitely had more bite in the corners and braking felt more sure because of the Pirelli Scorpion tires but the trade off was only incremental in nature and not so pronounced that I'd want that ride quality for the small amount of grip gained. The upgraded stereo in the loaner sounded better then our can but not $2500 better. And I am not a fan of leather so the PUP interior is of no interest to me. (I did like the sexy interior lighting of that PUP though.)

But the thing I really noticed was what seemed like the cost of all that P90DL performance. Yea, the P models are less efficient then the non-P models but under the same driving circumstances it seemed like the P90DL model would actually travel less distance then a 75D. I wasn't able to note the exact energy use of the P90DL while in our possession but it sure seemed to be much more then our 75D. Again, my hammering on the thing would certainly be the cause of that but on a gentle road trip it seemed like it had less overall range per charge then our 75D. On paper it makes sense that could be the case because of the larger wheels, added weight and Performance slant but I am curious which vehicle would go further on a 100% charge under the same circumstances.
Reactions: hiroshiy, DIL, boaterva and 2 others
•••

boaterva said:
So, the goal of Tesla will be the best balance for all... have your car (75D, 100D, whatever), and when it's in the shop, you will have a P100D loaner (that's the goal) to work off your 'acceleration fantasies'. No extra insurance, no tires to pay for, no anything, since you'll give it back in a few days. No, wait, weeks. No, wait...
Click to expand...

Yes, it appears so. Doesn't make much sense to me either. I do worry about Tesla as a company with what seems like almost braggadocious future plans of this nature. I also found it odd that they offered to pay for all of our gasoline usage of our Infiniti ICE loaner... Some $400 worth. I would have fully understood to have to pay for my own fuel...
•••

D
A few questions from a relatively new X owner