Anyone else have this results? My first day of Tesla road trip vacation the first three stops according to the Tesla route planner matched the first three stops of the ABRP plan made with the speed setting at 113% of the speed limit and zero extra weight even though I have my wife and some luggage in the car. I figured that the Tesla route plan wouldn't have me charging enough since I figured it is based on obeying traffic laws. I wish I had written down the Tesla route planner estimates of arrival SOC, but I didn't I know it was higher than the ABRP estimate, but now how much higher it was.

Anyway, starting out from home at 100% (completed charging just before we left, didn't leave it like that over night) my first stop ABRP predicted I would arrive with 19% SOC... in reality I arrived with 34% SOC! A whopping 15% more than predicted. I figured this must have been a fluke, and charged up to the SOC that ABRP said I would need in order to arrive at the next station at 10% SOC. I arrived at the second charging stop with 25% SOC! Once again 15% higher than predicted by ABRP. Out of an over abundance of caution I still charged to the SOC that ABRP said I would need to reach the next charger. Well, this time I arrived with 22% SOC, "only" 12% more than predicted by ABRP. From there on the stations called for by ABRP were different from the Tesla navigation plan, and I went with the ABRP route plan. After all these miss calculations by ABRP, I chose to skip the next station called for by ABRP and go to the next station on the list instead. According to ABRP skipping this charger would mean this leg of the trip would use 91% SOC (charge up to 96%, arrive at 5%) Instead, I charged up to 86%, and arrived with 11%, using 16% less battery capacity than predicted by ABRP.

While writing this post (and fiddling with ABRP) I think I figured it out! I used the "standard" 5% battery degradation in ABRP, it is what I did with my Bolt EV and the results were usually very accurate... but my Bolt HAS around 5% battery degradation after 80,000 miles... when I click on the little car for the data from TeslaFi, it says I have -8% (that is NEGATIVE 8%) battery degradation. I am thinking that the ABRP model is based on a 72 kWh available battery instead of the 78 kWh I actually have available. An extra 6 kWh would round up to negative 8% degradation. That may account for 13% of the difference The other 2 or 3 percent must just be due to ABRP under estimating the high speed efficiency of the MYP by a small amount.

At this point, I think I will "dual plan" the next day of travel. I will use the plan I developed before starting the trip with 10% taken off of the amount I need to charge up to for the next leg of the trip, AND I will re-plan with the correct battery degradation figure and see how that compares.

I was using climate control set on 70F. I do have a sun shade (full block, not mesh) for the roof and I have mech shades for all 4 door windows. I tried looking up wind maps for that day but I can't find anything that shows past wind maps instead of current wind or predicted wind for the future. Weather was "normal" (no noticeable tail wind).
Reactions: outdoors
••• 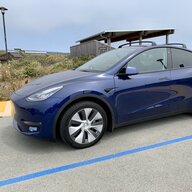 What value do you enter for the "Reference Consumption"? I use 270 Wh/mi and the plans match pretty well with reality (not just Tesla Nav). I also include 300 lb of extra weight to account for wife and kids.
Reactions: E-curb and jsight
•••
J

AlexHung said:
What value do you enter for the "Reference Consumption"? I use 270 Wh/mi and the plans match pretty well with reality (not just Tesla Nav). I also include 300 lb of extra weight to account for wife and kids.
Click to expand...

Ha, I was about to say the same thing. ABRP claims that my calibrated reference consumption is close to 240 wh/mi with my LR AWD. It is definitely much lower than their default of 295 wh/mi. This could easily be the difference as my estimates tend to be within a couple of %.
Reactions: Hebert
•••
F

AlexHung said:
What value do you enter for the "Reference Consumption"? I use 270 Wh/mi and the plans match pretty well with reality (not just Tesla Nav). I also include 300 lb of extra weight to account for wife and kids.
Click to expand...

295 is the default. I use each trip to slowly calibrate this value to match real life results. I think I can lower it to 265 for the last few % of accuracy.
Reactions: Hebert
••• 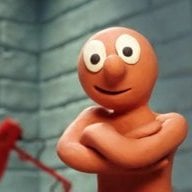 remember that unless you connect your Tesla account, ABRP is just guessing what your consumption will be.
If you drive conservatively you will do better than the planner, if you drive more aggressively then you'll do worse.
Reactions: TwelveVoltMan, ps83v18 and AlexHung
•••
P

Generally same experience here ……. Currently in the middle of a road trip. AND, I always beat the Tesla energy graph for the Trip to the next charger. By a lot. Guess I’m just a conservative guy.
Reactions: jsight
•••
F

ps83v18 said:
Generally same experience here ……. Currently in the middle of a road trip. AND, I always beat the Tesla energy graph for the Trip to the next charger. By a lot. Guess I’m just a conservative guy.
Click to expand...

I am driving fast, and I am right around the energy app estimate or a little better... I did not expect that. Plotting with ABRP and the correct estimate for battery degradation works pretty good as well. 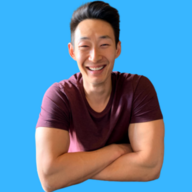 For me it's more conservative which is good. I usually end up with +3-5% extra then what they claim
•••