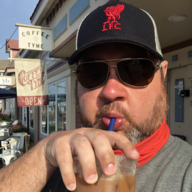 Added a few things that I ordered from Abstract Ocean and Amazon. For the dead pedal, added velcro to the weather tech mat so it has velcro all the way up. Pedals were a tough install. Heated then up to loosen up the rubber, but they were still a challenge. That being said, at least I know they're not going anywhere. Also added a wheel wrap. Not pictured, but added the air intake vent cover. Finally, put up a cable organizer and added an extra decal that I had.

I ordered a few things too, but from 'Taptes', and they're mostly crap. The roof glass gasket is ultra short, so I had to stretch it to ridiculous levels, making it useless as far as noise reduction, since it doesn't nearly fill the areas it's supposed to. Plus it'll probably snap as soon as the summer sun hits it, I bet. Then a set of seat controls that are absolute crap, so didn't even test fit them. The pedals I could install, but the glue (to join rubber with metal) was separated at several places already, and it only got worse during installation. I tried to glue them back, but couldn't do it right already installed, so we'll see how long they last. And just received the door seal kit, which has instructions so crappy I can't see anything, so will have to search for a video how to put the 'A-pillar' one, and hope they fit better than everything else. Wish I had order from another company, but wonder if they'd be any better. All are Chinese crap IMO. And yes, I emailed them, but no response. Will never order anything from Taptes again.
•••