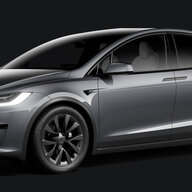 This might be a weird place for the topic, but I also trust this community of typically like-minded folks. Our family of five (3 young kids) is considering a move to Woodinville, Bothell, or Redmond. We would like to be close to the Montessori school in Bothell so that’s the reason for the specific interest in this area as opposed to the other side or Mercer Island. I’m open to hearing general thoughts on Woodinville vs Bothell vs Redmond vs Kirkland. Thanks!
Reactions: PNWLeccy

Well, first of all, I wouldn't mind living in any of those places. I've been in various parts of Redmond for most of the last 30 years; now I'm in the NE part (outside city limits, in the county) near the Woodinville line. For our last move I had kind of wanted a Kirkland condo - less maintenance, more walking and mass transit - but we decided we still want to be out where we can look at trees and not hear cars. My son has a Bothell address, but is way North near Martha Lake.

With 3 young kids, schools are often a big priority...but you mention a Montessori. At what age do you anticipate them going to a public school, or do you plan on private?

If you want lake views, I think you will be limited to Kirkland.

Redmond and Bothell both have post offices that serve fairly large areas that are not actually part of the city, so you'll get county-level services rather than city-level if you don't watch the boundaries. That sometimes comes with lower tax rates, especially if you get outside the RTA tax zone, but with our recent vote on car tabs and lawsuits it's not clear what will happen there.

Redmond and especially Kirkland homes are generally denser and are connected to sewer. Woodinville and Bothell both have some more remote areas where you can get larger lots; but they are farther out and have septic systems. Bothell straddles the county line; Snohomish county allows for denser housing and is being developed rapidly. That's where you'd probably find the cheapest houses; but as you'd expect they are also the densest and farthest out.

Where you work and have family or other reasons to travel frequently will also matter...there is a lot of traffic around here.
Reactions: goneskiian, brianman, im.thatoneguy and 1 other person
N

We moved to Mercer Island because we couldn't afford a house and private school in the PNW.
Reactions: ReddyLeaf, goneskiian, IdaX and 5 others
C

If you are commuting on I405 towards Bellevue/Redmond at all you want to be south of I405/SR522 interchange if it's affordable for you, or be going counter commute. Traffic is significantly worse in both directions north of there. Even if you pay to use the toll lanes past 522 is often 2x what it is if you get on/off south of there. That means Kirkland or Redmond really if that tidbit matters to you. Accessing I405 from west of the freeway in Kirkland can be a PIA, we are on the east side of the freeway and it's much easier.

All of these communities are just fine, very safe (most locals lack any perspective on any kind of real crime problem) and have great public and private school options.
​
Reactions: goneskiian and Lhshockey24

Consider the workplace location for you and/or your significant other because traffic here sucks. Finding a sweet spot between that and your kids school would be ideal IMO.
Reactions: ReddyLeaf

I work from home - so commute is not an issue. Thanks for all the input thus far!
S

I think it’s hard to go wrong with Bellevue, Kirkland, or Redmond. Bothell and Woodinville are nice but are even more suburban and likely harder to get into and out of at rush hour.

I recommend checking them out and seeing which has a feel that best fits your desires.
Reactions: Lhshockey24 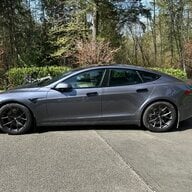 We enjoyed Mill Creek area for 15 years. Pluses and minuses for each town you list, depending on priorities.
Reactions: Lhshockey24

Lhshockey24 said:
I work from home - so commute is not an issue. Thanks for all the input thus far!
Click to expand...

Let us know where you decide and what you thing after you get there!
Reactions: Lhshockey24

B
Model S Impressions From A S70 Turo Rental