After 8+ years, no longer a Tesla owner!

Purchased my first Model S in 2013. Have had several since. Even tried a Model 3, but that was a very short-lived experiment. Having been spoiled with the higher quality levels of the Model S, the Model 3 for me was a huge downgrade. Tech wise, it nearly matches it, but the extra $40,000 or so is clearly felt throughout the vehicle. After a couple of months, went back to the Model S and was happy again.

I've always been one that keeps cars for 2 - 3 years, then am ready for a change. I work out of my car, so I spend a lot of time in them. Am in and out of them many times a day. Which is likely why I disliked the Model 3 as much as I did. Tesla was the only EV game in town. It assured that I'd never go back to an ICE vehicle again. Loved the tech. Never got tired of that part. But, did get bored with looking at basically the same car from the exterior for the past 8+ years.

The biggest issue for me was that, everything I hated about the Model 3, Tesla incorporated into the new refreshed Model S and then some I understand Elon is building these cars to be driverless, but, the fact is, we're not there yet. As long as they have to be driven, I want driver friendly functions. I don't want to go tapping through screen menus that I have to visibly look at, distracting my attention from the road, rather than just simply and instinctively feeling for the physical controls. Remove the stalks, shifter, half of the steering wheel and even a trivial item like the glove box button, in addition to moving the horn to a tiny button, were all just too much. I've driving the refreshed version, hoping I could get used to it and it's just not for me personally. So for the first time, in 8 years, decided it was time to move on as Tesla no longer has anything in their line up that satisfies my personal needs. Not a knock them, just a matter of personal preference. When the Model 3 didn't work, I at least had the option to go back to the Model S, which still had more driver friendly functions.

I've loved the Tesla. sure, nothing is perfect. But the fact that I drove basically the same type of car for 8 years, considering my prior 2-3 year history with cars, says how much I liked it. Actions speak louder than words! I've always preferred either, sportier, more luxurious cars or bigger SUV's or trucks.

With the new world we live in, in which you have to reserve cars 2-3 years in advance (ridiculous), I've placed reservations on many cars / trucks. That included the F-150 and Rivian. Figured, with the timing of selling the Tesla (sold and picked up by new owner on Monday), whichever of the two showed up first would likely be the one I kept. Somehow, by a miracle of coincidence, BOTH literally showed up within TWO DAYS of each other. Still couldn't make a decision, so just bought both. Won't keep both, but with both coming so close together, didn't have time to really decide which I preferred. Fortunately, the market is strong on both, so will just sell whichever one I decide not to keep.

Anyway, it's been a great 8 years. Right now, Tesla still has more demand that product, so they're not going to change anything. Possibly, with there now being some actual competition, that will change and Elon will start listening to customers rather than deciding his way is the only way. We did finally get Waypoints after 8 years!! That's progress. Maybe, someday, Full Self Drive will become reality and I won't car about driver friendly functions / controls, at which time, I'd consider Tesla again. But, sounds like others are right there with them in that development, so they may not even be the first to offer true Full Self Driving, where you can be a passenger and the car drives you around. Time will tell. Still a huge fan. Maybe someday, they'll offer something that appeals to me again, but for now, I'm Tesla free for the first time and going to really found out if the grass might be greener on the other side. 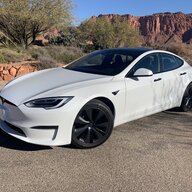 Well we have a Rivian and a Lucid reservation so may be in the same boat by the end of the year.
••• 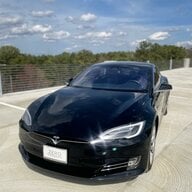 Put them both up for sale and keep the one that does not sell first.
Reactions: Dirty Dog
•••
M

I hear ya in making Refresh S more 3 ish. I liked the mix of buttons in Raven. But the Refresh is still pretty darn good. I’ve only been in Teslas for about 4 years. (3,X,S). Can’t wait to make excuses to drive somewhere in S refresh.

Between range, efficiency and supercharging network. The S Refresh has the most freedom of going places than any other EV.

I think all other EV’s are gonna go through a lot of the pains Tesla did. They might do some things better but they are also setup to do things worse.

As bad as Tesla is at ordering, I will never buy a car through a dealership again.

Love to hear follow up on both your EV’s after you decide which to keep.
Reactions: kizamybute', Huskyf and henderrj
••• 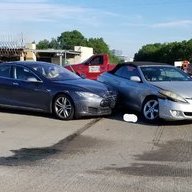 Please report back with impressions and thoughts once you've made a decision and good luck with the two!
Reactions: cwerdna, kizamybute', WilliamG and 1 other person
•••

The yoke, and worthless buttons on the yoke, and the door exit button completely ruin the new S for me. along with the freaking awful v11 crap. If the Cyber truck gets that crap, I'll stick with my X for now, but looking hard at the Rivian w/max pack!
Reactions: TSLA Pilot, EarlyAdopter, Jabbahop and 5 others
•••
M

SabrToothSqrl said:
The yoke, and worthless buttons on the yoke, and the door exit button completely ruin the new S for me. along with the freaking awful v11 crap. If the Cyber truck gets that crap, I'll stick with my X for now, but looking hard at the Rivian w/max pack!
Click to expand...

After you have driven it a couple thousand miles you might think different. I researched every 3rd party round wheel before buying it. Now it’s the last thing on my mind and if given a choice I’d get the yoke. And most owners think exactly the same. Sure, there are a few that still hate it with a passion. V11 was written for Refresh. Flows smoother. V11 Definitely has room for improvement, but overall it’s absolutely fine. It’s somewhat crippled on “legacy” cars (for no good reason) and screen is to small on 3/Y.

What door exit button, oh that, don’t even think about it. Love not having a dongle in my pocket. Phone has worked every time but once I had to take it out.

I wish I had swivel screen and if it can be retrofitted, I will.

My biggest gripe is no rear cross path. That should be as mandatory as rear cameras are.
Reactions: SabrToothSqrl
••• 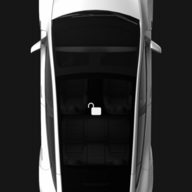 Tough first-world problem to have. Rivian is the one I would keep. Both will have problems, but Ford hasn't had a great 2022 in terms of recalls. The Rivian also has the advantage of a more striking exterior whereas the Ford looks like just a refreshed version of its ICE predecessor with very little personality to speak of. If you enjoyed the head-turning of the MS 8 years ago, Rivian will do that for you now, not the Ford.
Reactions: father_of_6, kizamybute' and mswlogo
•••
K

Would love to hear your feedback on which you end up choosing. Now that Tesla keeps raising the prices and the cheapest Model S is now 105k my odds of upgrading are fading and considered the Rivian before their price hikes.
Reactions: kizamybute'
•••

you're like those people on Facebook that say "I'm deleting my account" nobody cares lol. now providing an opinion and a post of a review thats different and your opinion was well written and completly understand the stupidity of having to hit the screen a dozen times to do a simple task that used to be a button or a single screen tap.

One plus on Lightning is you can use it as backup power. I don't think Rivian does that.
••• 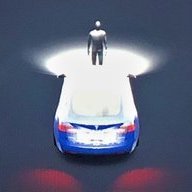 Agree about your impressions of the refreshed Model S. I'll keep my Raven as long as possible. Would never buy current version.

As a few others have asked, keep us posted on which truck you settle on. You're in rarified air to have ability to perform side-by-side comparisons of both vehicles. Can see arguments for both options.
Reactions: Art VandeIay
•••