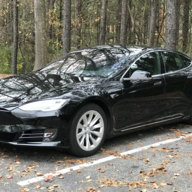 A permit was discovered for a second supercharger in the Birmingham area (Mountain Brook), and Montgomery looks like its about to get started.

UAB does have a number of Chargepoint L2 chargers.

Alabama should have made those charging stations require Tesla connectors.
S

The following are required of each of the charging sites to be chosen:​

Cheapest compliant station design may be a pair of Chargepoint Express 250s. They share rectifiers, and can do 125kw shared between two chargers. Can be expanded to two pairs of CPE250s. But Chargepoints don't normally take credit cards.
I think Tritium has a 2-car charger, but don't believe it exceeds 100kw for a single car.
A Signet station like Electrify America would work if they added a Chademo connector to every dispenser.
This would actually be a boon for Telsa drivers with the Chademo adapter, because you can't depend on the single Chademo working at existing EA sites.
L

I think the problem with Alabama Superchargers is "it's the south and the south don't care about EVs!". Arkansas is worse off It also just has to do with smaller population.


There are two being worked on though!

A Montgomery, AL supercharger has been promised for over a year on Tesla's website.....but rumor has it that it will be located in the back of a brand new "Z" gas station on AL-110 (chantilly parkway) that sits about 200 yards from the Hotel Classio (10095 Chantilly Parkway). The gas station has...

Tesla's Supercharger site suggests they have a few more planned for the state.

I still argue that rather than having a few large sites they'd do well to have many smaller sites. The leasing and installation is probably the expensive part so that certainly plays into it, but having a larger variety of route options is a really big help.

LoudMusic said:
having a few large sites they'd do well to have many smaller sites. The leasing and installation is probably the expensive part so that certainly plays into it, but having a larger variety of route options is a really big help.
Click to expand...

From a Demand Charge perspective, a tiny 1-charger EVGo needs to pay full demand charge for its load (say, 50kw or 150kw). An 8-stall Supercharger is never going to see peak load on all 8 stalls at once, so its demand charge cost will be less (per charger) than eight 1-charger sites. Maybe something like half. But as Superchargers get even bigger, I'm not sure there is any benefit much more: per-pedestal load is probably similar at a busy 8-stall SC and a busy 16-stall SC.
Reactions: LoudMusic

New England Jul 16, 2021
Yippydog
Y
L
Will my family hate me for taking our first road trip down I-95 this Thanksgiving?