All discussions on EV stocks investing and hedging risk 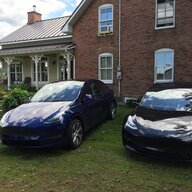 So here is my investing philosophy in investing. You might agree or disagree but the point is learning from other investors.

There will be multiple leaders in the electrification of transportation. We know that Tesla is one and will remain a leader for the next decade easily because of their advance in engineering and the multiple Giga factories produced and on the verge of becoming operational. Their margin on every product is better than any other car company and they don’t even have the production volume of Toyota yet so this will continue to improve.

However, as good as Tesla is, TSLA will not be a 50bagger anymore.
So if you invest let’s say 10 grands in TSLA, their annual growth of 40-50% for the next decade will probably bring them to a valuation around 2T to 4T which is around AAPL or AMZN.
Then your 10k will become 50k since their current evaluation is 400B.

Now, the next contender will not be a Legacy OEM because, even as good as they are at engineering cars and engines, if they produce an excellent EV and they ramp up production, their ICE line will lose profits as margins will decrease because production of their old lines will decrease and profitability decrease, which is a no go zone for investors. They will have to merge with other auto manufacturers.

The probability having an emerging Chinese EV 2nd to Tesla as world leader is high IMO because Chinese government has decided that by 2025, 25% of vehicles sold has to be EVs, with annual sale of 20M, this bring a pie with 5M vehicles to sale which is a huge market for grab for new contenders. The Chinese government is also highly subsidizing its EV companies startups which lowers the risk of bankruptcy.

Now the interesting portion to grab a moneybagger that’s will 10x or 50x in the next 5 to 10 years.
If you throw in 10k in each of the current EV leaders in China, the chances of some going bankrupt is high but there will be a winner in this emerging market and one or two could flourish and become a 25 to 50bagger.

I have about 50 times more invested in TSLA but this way I am edging my position on TSLA, which I will never sell, even is it doubles tomorrow with the S&P500 inclusion.

My investment strategy is betting everything again the ICE industry, diversifying in the EV options out there, betting big on TSLA, but also trying to fish that 50bagger that could become next to TSLA.

Let me know what you think and what is your investment strategy if you are willing to share it.
Reactions: Ocelot and Dayreg
9

I see no risk in betting on Tesla as the leader in this EV transition, so I won't hedge my position with challengers. Instead, I'm trying to find disrupting players in other industries (some might benefit from the transition to EV, FSD and PV).
2

None of these other automakers are into solar, energy storage, etc. Tesla is not just an auto manaufacturer. Their valuation isn't justified on the basis of auto business alone. Diversification is okay but these are not apples to apples. 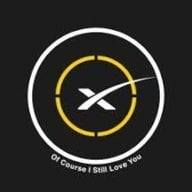 OrthoSurg said:
However, as good as Tesla is, TSLA will not be a 50bagger anymore.
Click to expand...

I hope you are right it is still a 30bagger because if so I will have 6 times the money I was expecting for retirement.
W

OrthoSurg said:
My investment strategy is betting everything again the ICE industry, diversifying in the EV options out there, betting big on TSLA, but also trying to fish that 50bagger that could become next to TSLA.

Let me know what you think and what is your investment strategy if you are willing to share it.
Click to expand...

I think you make a strong argument. Leave existing Tesla as selling it will invoke taxes. It makes sense to let the 'tax' part grow in your own portfolio rather than paying it out early. Only sell when you need the money. Tesla can not satisfy the demand so there will be others that will grow very fast as you suspect, imho
Reactions: OrthoSurg

C
what other EV related companies to watch and invest in for 2021?

OT My personal experience might be amusing to some of you hard core investors.