Amidst all of the ‘imminent refresh’ discussions, I accidentally found myself in a brand new 100D 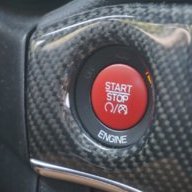 So my MS is in service currently for something minor and should be corrected early next week. At any rate, I was given a 2018 100D with less than 100 miles on it. I was told they received it earlier in the week as a designated loaner car.

Well after throughly enjoying the car all day (the power output & 335 miles of range are worth every penny IMO), something dawned on me to check the vanity mirrors. Low and behold they have the new illuminated mirrors. Of course I noticed the MCU was moving quite fast but simply attributed it to being a brand new car with hardly any miles, right? Well I checked out the browser (which I admittedly don’t even utilize in my own car, but thought I’d give it a whirl) and it was lightning fast on every site I visited.

So it clearly has the upgraded MCU. All in all, although they are nice subtle features, I don’t believe they will depreciate previous cars any faster which don’t have them and certainly wouldn’t make me lose any sleep at night. Pics attached-

I agree. The things you liked about the 100d were the same things I liked about the one I had a couple of weeks ago. I'd say the longer range and faster acceleration depreciated our cars much more so than the lighted vanity and faster mcu. Same as the next range increase will significantly decrease the 100d one day.
Reactions: croman and NateGordonJr
•••

The browser and maps are blazing fast in our M3.
Reactions: Jack Tripper, gaswalla and NateGordonJr
•••

Relax tiger, this wasn’t intended to be a “groundbreaking news” thread. I just gave my two cents regarding the upgrade (that I was clearly aware ppl were already discussing). Also, I’ve never visited the Canada forum so there’s no way I would’ve ever saw that particular post anyhow.
Reactions: b team and Buddyroe
•••

Based on videos I’ve seen of the M3, it seems as though the MS will be on par with the new upgrade.
•••
E

NateGordonJr said:
Relax tiger, this wasn’t intended to be a “groundbreaking news” thread. I just gave my two cents regarding the upgrade (that I was clearly aware ppl were already discussing). Also, I’ve never visited the Canada forum so there’s no way I would’ve ever saw that particular post anyhow.
Click to expand...

Ok. "Refresh" gets my juices going every time
•••

Typing too fast, just meant the maps and being able to zoom in/out very quickly.
••• 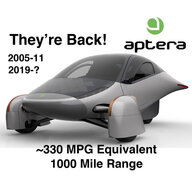 NateGordonJr said:
[...] dawned on me to check the vanity mirrors. Low and behold they have the new illuminated mirrors. [...]
Click to expand...

I was in a similar position, being given a new S 85D as a service loaner several months ago. I noted the illuminated vanity mirrors, but (much more importantly for me), I also
noted that the sun visor now extends along the interior bar that it rotates on. I am tall, and have the driver's seat set as far away from the steering wheel as possible. When I swing the visor to my left window, there is a gap between the window pillar and the edge of the visor; with the new enhanced visor, I can pull the visor back to fill that gap. An important safety enhancement in my book. I'm politely bugging my service folk to try to get a pair of these improved visors, but they do not have a part number for them. I can understand Tesla's priority to ship new vehicles, but do hope this visor will become available as a part. There is still the issue as to whether or not this will be retrofittable on older versions of the S. An earlier discussion from 2017 pointed out the existence of a 12V circuit that might support the mirrors, if it has not been taken away in some later models. Then there is the question of the mounting plate for the visors, and whether or not that was modified for the new visors. Frankly, I couldn't care less about the illuminated mirrors, but would VERY much like to have the extensible visors for safer driving when the sun is low in the sky.
Last edited: Oct 9, 2018
•••
S

I'm in the exact opposite position.
My MS 100D is in the shop, and I have a MS 75 loaner.
I don't have the illuminated vanity mirrors (wow, the old ones are ugly.)
I don't have EAP (did I mention how hard it is to be steering all the time.)
I don't have AWD, the car accelerates differently...
I don't have a sunroof, or BioDefence, or Heated Rear Seats.
I have the basic cloth seats.
Without EAP, I don't have adaptive cruise control, so I don't want to use it.