I think this is a good reference article to put things in perspective when certain people try to pull the "Solyndra" card. Fair warning, there is some praise for Obama in the article :wink:

In the end, the LPO’s successes helped kill off some of its own portfolio of projects. Building utility-scale solar photovoltaic plants like Agua Caliente and Antelope Valley helped render obsolete solar thermal power plants like Ivanpah and Solana as silicon technology improved dramatically and costs dropped whereas the price of steel and glass remained relatively high. Large photovoltaic installations also helped make solar panels so cheap that it drove companies like Solyndra—whose business model relied on PV remaining expensive—into bankruptcy.
Click to expand...

The program has made a profit of nearly $1 billion in interest payments to the U.S Treasury to date. At least $5 billion more is expected over the next few decades as loans are paid back. That compares with $780 million in losses to date, the bulk of which is accounted for by the $535 million loaned to Solyndra. And more money could be made if the program were to ever sell its group of loans rather than managing them for the next few decades.
Click to expand... 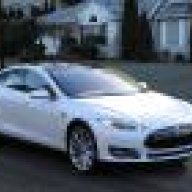 Let’s be crystal clear, Tesla got their loan from the Advanced Technology Vehicles Manufacturing Loan Program.. which was funded by the Bush administration. Obama had absolutely nothin to do with it.

That article is mis-leading bringing Tesla in the discussion. There are so many reasons to *not* compare Tesla to Solyndra it’s not even funny.

Interestingly, every single person that I know who has brought up the Solyndra comparison has an agenda to point to a failed Obama Administration policy. The instant I tell people the facts about Tesla getting the loan from the Bush Administration (republican) that usually ends the discussion quickly. And if people go on to slam Tesla for even receiving govt. money I point out that Nissan (not even an american company) actually got *MORE* money from that program than did Tesla.

Already, Tesla has repaid its $465-million loan nine years early, thanks to the innovative financing terms devised in its deal, part of $3.5 billion in loans that have already been repaid. Such advanced vehicle loans, for projects like Ford’s EcoBoost engine, will help achieve the Obama administration’s higher fuel-efficiency standard.
Click to expand...

What total BS.. The writer of the article seems to know and understand where the money came from but still wants to credit Obama… sheesh.
•••

I read that as Tesla's success helps hit the higher fuel efficiency standards set by the administration. I don't see it as directly crediting Obama for Tesla.
•••

jhs_7645 said:
What total BS.. The writer of the article seems to know and understand where the money came from but still wants to credit Obama… sheesh.
Click to expand...

The loan program was Bush's, but the increased fuel efficiency standards were Obama's (and he was widely criticized for them at the time).
•••

ggr said:
The loan program was Bush's, but the increased fuel efficiency standards were Obama's (and he was widely criticized for them at the time).
Click to expand...

An example of how mis-leading that is ... let's say that President Clinton put in place a new govt program (call it.. Advanced Math Program) with a goal to raise school test scores for K-12 in math, and President Bush in the following term makes a goal to raise math scores in math. Somebody comes along later and writes:
"Bush is doing more for education than you think" -- then points to the Advanced Math Program as one of the reasons Bush is so successful.

I only push on this because they brought Tesla's loan into the article and Obama had ZERO to do with that.
•••

But it is a fact that the success of Tesla will help to meet Obama's fuel efficiency standards. The actual quote referencing fuel standards doesn't even directly mention Tesla, but Ford:

I think you're reading more into it than is actually there, though I do agree there is an implied connection.
•••