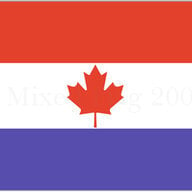 After clocking almost 100K km on my MX we had our first issue outside the warranty. Suddenly the passenger door would not open.

So I made an appointment with the app and mobile service only could come in next week Wednesday. Since it is a little awkward not getting into the passenger side I called Kim of mobile service. She could get me in service the following day.

Coming in, the service guy looked at it and said that the actuator probably broke. He went off to give me an estimate. He came back with a smile and said: "what do you think it costs?" I said "Don't know, a couple of hundred dollars, at least less than a thousand.." He said $40 + half hour of labour to put it in! WOW

He said to give a couple of hours but we have a loaner for you ready! A loaner for a couple of hours...
Ok we just went to Granville Island down the road with the loaner. Two hours later the car was ready. Total damage including labour and taxes $70!!!!

I talked to the service manager there and said that I really cannot relate to all the horror stories you hear on this forum for instance. People here know me by name, always relax the and friendly, help me out as soon as they can, give loaners all the time and fix your car for this time $70!
Reactions: 5_+JqckQttqck, Vawlkus, Petrocelli and 2 others

Its because people rarely report the good stuff. I had nothing but great service with Mississauga but that was after turning up on the door step. The phone conversation previously was a different story but I guess they have hundreds of calls a day.
S

My Model 3 had a dent when I picked it up in June, and just today got to finally drop it off at a bodyshop in richmond for repair after months of trying to reach someone at tesla about it. Now I get to drive a civic for 5 days. At least I got a loaner in the end because Tesla didn't even approve a loaner at first and I had to fight for it.

Glad you got a better experience. Maybe one day that will be the norm at Tesla. But at the moment its a roll of the dice.

I think a lot depends on the operational use of the vehicle. If something is non functional they seem to be very good at addressing the issue. 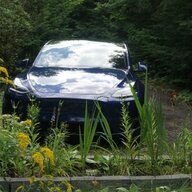 I had some paint correction from delivery due bill done at the Fixit body shop next door to Montreal Tesla. I had a 2019 VW Jetta loaner from Enterprise for 10 days. CVT is THE WORSE transmission ever. I was salivating to get my Model 3 back. Paint all good now. I hope some day Tesla can deliver new cars with 99 % decent paint. In the end Tesla did make things right. Loaner ICE vehicles really suck when you drive a Tesla.
Reactions: 5_+JqckQttqck
G

I do PPF and always check paint thickness with a meter before working on a car, it is amazing how many brand new have had panels repainted...