Any idea when the Vermont supercharger will be open?

You are using an out of date browser. It may not display this or other websites correctly.
You should upgrade or use an alternative browser.
V

I want to travel from Montreal to NYC/Manhattan. However there needs to be a supercharger in between Montreal and Albany. Does anyone know when one will be added? Or please advise how to get to Manhattan from Montreal using a S70D. 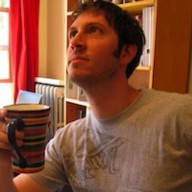 Hrm, tricky. According to Tesla's Supercharger page, there appears to be site planned in the Plattsburgh area "in 2015". So far, I'm not sure there is any word on a date. I've been watching the Supercharger situation in the North-East like a hawk for the past year, and wouldn't even bank on it being open this summer.

Unfortunately, I don't see an easy way to do this without going out of your way. Play around on evtripplanner.com a bit. Even though it doesn't yet have a model for the 70D, I think you'll be able to get a pretty good idea of what's feasible.

It looks like about 220 miles to the Albany Supercharger, depending on where in Montreal you start from. I would:

1) start witha 100% range charge (of course) for 240 mile EPA range on the 70D.
2) drive slowly, 65 mph or less, to minimize charging time required
3) pick out an RV park with "50 A service" part way to Albany. RVparking.com is a good resource. Call ahead and verify availability and rates to charge for 2 hours.
4) do the same for a second RV park for backup.
5) pack a picnic lunch and enjoy spending 2 hours eating and taking a hike. Get about 55 miles extra range, providing a nice buffer for the trip to Albany.

You may prefer to use public J1772 charging stations, but most are only 30 A. I would plan two stops 1.5 hours each. PlugShare is a good resource.

If you can find an 80 A J1772 and have dual chargers, that would only require a one hour lunch stop. SunCountry Highway is a good resource for high amp J1772s.

Have a great trip,

Alternative to I87 - take the long route via 89->91->84->684/merrit/whatever-route-floats-your-boat. Plenty of superchargers south of Brattleboro. North of Brattleboro, your choices are:

Albany <-> Montreal is ~225miles. With a 100% charge at the start, you may be OK driving slowly with a planned lunch/dinner stop at on of the J1772's along the way until you leave the Supercharger desert. Again, plugshare is your friend.

I will be in Lebanon, NH tomorrow. I'll post an update the West Leb thread.

Even if they light a fire under the South Burlington and West Leb SCs, Vermont can be a cold, hilly place.

Nissan and the State of Vermont reached a deal recently for Nissan to deploy 10 ChaDeMos statewide, presumably at dealerships. All well and good, but the last Chademo I saw at a Nissan dealership was limited by manufacture to 20KW (which means maybe 14KWh in practice). So, that's a half-day for a full charge and a good 2 hours for a half-charge.

That said, 3 SCs in a state the size of my frunk ain't bad. But again, it's an important corridor from Montreal to Boston or NYC.

At this rate, that route will be built before the first weatherproof east-west transcontinental SC route is built. We're far from having one yet (see road closures IN JUNE that preclude Lusk to Custer). The SCs for the southern route (Tucson, Deming, El Paso) aren't even sited yet, let alone permitted or under construction.

All things being equal, there's a chance that the first 3 SCs for Vermont (including the one in West Leb, which is across the river from White River Junction) will be operational in time for this year's foliage or ski season. That's good news for local businesses.

Lusk, WY to Rapid City, SD via Hot Springs is clear sailing on Google. Construction finished months ago. So ???

Even though there are some non-interstate miles in the route, It's only 144 miles from South Burlington, VT, to Albany NY, and only 160 km from Montréal to South Burlington.
V

Anyone done Montreal to Manhattan? If so where dod you charge up etc?
T

vchadha said:
Anyone done Montreal to Manhattan? If so where dod you charge up etc?
Click to expand...

I've done it many times in winter and summer. It's all about driving about 60 mph from Montreal and watching your rated range. As you get closer to Albany, you can speed up if you see you have no problem making it. I sometimes stop at the Price Chopper charger in Plattsburgh or the Holiday Inn charger in Lake George but it's faster if you drive slowly and straight to Albany. Once you charge up at Albany, you can do any speed you want after that with no range issues.

The Plattsburgh SC will change everything, though. Much more useful for the Montreal / NYC trip than the Burlington SC.
V

Tabarniuche which model S did you drive in?
T

vchadha said:
Tabarniuche which model S did you drive in?
Click to expand...

I have a 70D. So do you think i will be able to reach Albany from Montreal with a full charge 385km? On google maps it states 325km to the Albany supercharger. 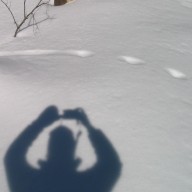 West Lebanon is now open. I supercharged there yesterday while we visited Price Chopper. 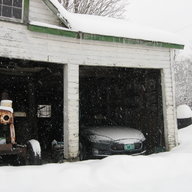 Rutland, VT might finally get 6 superchargers later this year, at the Stewart's Shop on Woodstock Ave.
I tried to find this discussion thread yesterday, but had no luck, so started a new one: Rutland, Vermont Supercharger

Sorry... I'm still learning how to participate in a forum, and I wanted to get the word out about Rutland's site.