Anyone charging at Lawrence today? 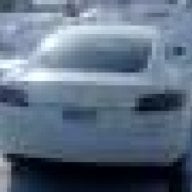 I dropped off my car Friday afternoon and was low on charge so I plugged into the SC. Forgot to tell service that I did this, and car was still plugged in Saturday. Called them Saturday afternoon and asked them to move it so I'm not blocking a spot, but VT still shows it's plugged in, so I'm guessing it hasn't moved from the far SC stall where I left it. (only other possible is they moved it inside and plugged into UMC, but I doubt it.

So, if someone wants to move it for me, I'll remote access from here. I hate to block a stall all weekend. Lawrence really needs to get their act together on this, there are always prep cars sitting there taking up stalls, even on weekends and after hours.

Scheduled charging at a supercharger

O
Would a Tesla make sense as an apartment owner with shared L2 charging?