Anyone have experience buying/owning a 'fleet' vehicle ?

I've had a few Tesla advisor's reach out to me because they know of my situation (car arson) and let me know they can match me with a fleet vehicle before the end of the qtr rather than waiting for the potential one I ordered to be made and delivered, with an eta now of Feb.

Does anyone have any experience with owning or buying a 'fleet' vehicle? I assume it's floor models and vehicles used for test drives. He said he could provide a slight discount, didn't say how much, but it would retain the full warranty.

I'm curious if I should be weary of the quality or anything being worn ? Do they usually inspect and/or fix them before sale? Any insight or thoughts would be greatly appreciated. 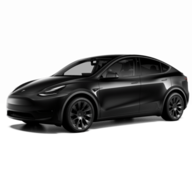 I've purchased two (non-Tesla) fleet and rental vehicles. I was very happy with the purchases, and I still have them today.
One was a 2001 Land Rover Discovery which I bought in 2001 w/ 6k miles on it. It was a Hertz rental vehicle. The deal was so good, I flew from VA to MO to pick it up and I drove it home. It came with a factory warranty. I had zero problems with it over the years. I've only had to replace wear items like brakes and tires.
The other was a 2013 Toyota Prius which was a fleet vehicle. I forget how many miles it had on it, but my wife loves that car. For years she said she would only want another to replace it, but now she wants my Model Y.

With the Tesla - I guess in the end, if it comes with the balance of the factory warranty, anything that goes wrong should be covered. That'd be enough to make me comfortable about the purchase.

Anyone who owned or currently owns a Third Gen Mazda 3 Hatch?