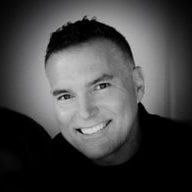 Yes, I am difinalty interested in a Harley Davisdson live wire. Once they are finally produced.
Harley-Davidson will bring to market its first all-electric bike ‘within 5 years’
W 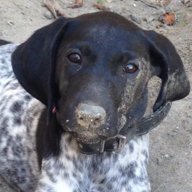 No ICE said:
Yes, I am difinalty interested in a Harley Davisdson live wire. Once they are finally produced.
Harley-Davidson will bring to market its first all-electric bike ‘within 5 years’
Click to expand...

The idea of quiet, electric motorcyclists lane splitting our freeways, scares the bejeezus out of me.
Barring that, its time has come.

Cool, but I just bought an Alta Motors SM. It has about the same range.

I have a 2013 Zero FX 5.7 and love it. Looking to get the SR soon so I can do long road /camping trips. Love the belt drive, quiet, smooth, and quick. I setup my FX to be a supermoto, street rims & tires and have my dirt set for day's I want to play off the road. Had a 2010 Zero DS and they refined the entire bike bigtime. Also nice getting away from the chain on the street which the DS had. The chain had to always be adjusted to minimize the loud noise and slapping it does due to its weight. Also spinning around it makes noise, every gas powered bike with a chain you can hear it rolling. Chains are however more efficient to transfer power and for durability when in the dirt/sand but having the bike being quiet and zero maintenance such as chain tightening, lubing, its totally worth it.

As for electric motorcycles and lane splitting worries, its way better splitting lanes on an electric motorcycle than a gas bike. First of all you're responsible for your own life and actions, don't depend on others looking out for you! Second I find gas bikes spook drivers due to their loud and sudden exhaust nose. I find that then the drivers do stupid things such as turning into you or hitting the gas due to being freaked out. With electric motorcycle you can get past them before they even realize it, so you don't have the spook factor. Plus people look at you friendlier when you do split lanes in a clean air motorcycle over a loud smelling gas bike which smothers them in toxic fumes. Gas motorcycles are known to have some of the worse emissions, way worse than gas cars.

I know & see this first hand since I ride in California where lane splitting is legal. I have both a gas motorcycle ( BMW R1150GS Adventure ) as well as an electric motorcycle (Zero FX), been riding dirt & street before I had a driver's license.
Last edited: Sep 1, 2016