Apple Music in MY using the browser 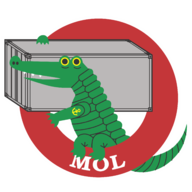 So I’m a dyed-in-the-wool iPhone/iPad/iMac/Apple TV guy. I’ve been on the iPhone train since 2007 with no plans to disembark haha!!

Anyway, I was thinking about Apple Music in the MY. Sure, I can use BT, but wished for a native app.

I remembered reading a while ago that Apple quietly rolled out Apple Music on a web browser at music.apple.com. So I gave it a try...

And it worked. Though it’s a little wonky to use...you have to have the browser up or the music stops playing. And it’s possible to accidentally have the radio playing along with Apple Music, which is a little weird, haha!! I set the MY to my iPhone, and that “muted” the radio so I could hear what was playing on the browser.

Anyway, this won’t be for everyone, and of course I can just use my iPhone over BT, but it was neat to play with it. Hopefully Apple will make an Apple Music app for Tesla someday.

FWIW: I’m not a fan of CarPlay. Had it in my 2017 Bolt, and only ever used it for navigation (the Bolt doesn’t have built-in navigation). It was easier to use my iPhone over BT (the Bolt had great BT connectivity) than CarPlay. IMO, YMMV, etc. haha!!
Reactions: CoNoDe, kevin1 and MrTemple 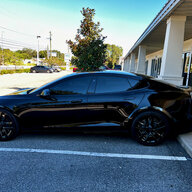 I'd just like to have access to my Apple Music and Apple TV app in my Tesla. I love driving on Tesla's AutoPilot, so I really don't care about connecting my phone to the car. I just would like Apple's streaming content natively within my Tesla.
J

There is an Apple Music web application...have you tried logging in with the web browser? Get millions of songs. All ad-free.

Thanks for the hack - I think Tesla still needs to up its game when it comes to phone connectivity. Not only do they not allow CarPlay but thier BT connectivity sucks! 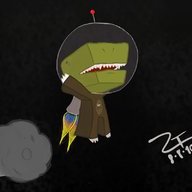 It's funny how close those interfaces naturally match. Fits in pretty nicely with Tesla's design language, almost had me thinking it was native!

Jeff3820 said:
There is an Apple Music web application...have you tried logging in with the web browser? Get millions of songs. All ad-free.

No easy solution for apple TV
Click to expand...

My model 3 doesn’t get delivered until later this month. I’ll try it then.
I see Porsche has an Apple Music app in the Taycan. I hope Tesla does the same, soon.
P

Nice tunes, Primal Scream, Moby, Fatboy...
Thanks for the tip. Like more control over editing and mixing, so can't do the streaming, looking for iPhone or SSD solutions for the maiden voyage on delivery day!

G
How do you use your iPhone in the car?

I want to use my Apple One subscription in my Tesla