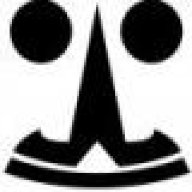 This is not a promotion of the event. But I'm wondering if anyone here on the forum is going to the conference. It should be very informative to learn what the current state of affairs is in the EU (German) for EV development.

I attended this years event with a small discount because I was volunteered to help on a stand, but am not sure if I'll get the go-ahead to attend the next one. The conference was very interesting but was a bit Europe centric. In particular there was a presentation made by AVL (a German/Austrian engineering consultancy) about a tear down of the Tesla 85kWh battery which was quite dismissive in places. They subjected the cells to higher rate discharges and found a dramatic capacity loss although they failed to account for the fact that these discharges could only be seen for very short periods in a vehicle rather than a 100% cyclic discharge that they used. It wasn't a totally negative presentation, but neither was it very positive. The general feeling I got from this and some other presenters was that the Germans are very scathing about Tesla's use of 18650 cells as opposed to pouch cells. One presenter even said he couldn't understand why they were using them when the performance of such cells was so much better and the price would come down to the same level within 3 years. My own thought was that in the automotive industry cost is absolutely key so if you can use components at around half the cost of the competitor system then why wouldn't you. In addition Tesla are driving the cell cost down as well so in 3 years I'll be very surprised if they aren't still cheaper than pouch cells.

Longer term pouch cells may prove more cost effective but if that occurs then Tesla's have easily swappable batteries! The 18650 cells have some other advantages from a mechanical perspective and limiting the energy in the individual cells probably helps the safety case. More individual cells does increase the cost of the battery management system though but even here, Tesla have designed their own so aren't dependant on the battery supplier.
•••