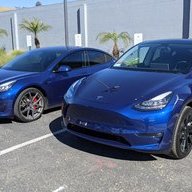 eschummer said:
I agree that it really is not ready for prime time.
Click to expand...

It is 100% ready for prime time if you use it where Tesla says it should be used. I have not encountered a single instance where it let me down driving on freeways.
Reactions: EVie'sDad
M

eschummer said:
I agree that it really is not ready for prime time. My experience has been that it drives way too far into the turn before giving any steering input, which then is much greater than it would really need to be if there was any anticipation. I don't use it on windy roads.
Click to expand...

Like you I live in a populated high traffic area and you're right it's not ready for prime time but considering its beta it works pretty well about 80% of the time. Just stay alert and keep your hand(s) on the wheel at all times.
S

I have used AP on country roads but only if there is a center line and a fog line. If there are tight curves and the road is descending, do not use AP. The camera will loose sight of the road. Same for the radar. 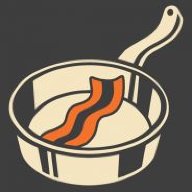 Old Wyseguy said:
I might be reading way too much into just how/why the car slows down for the curves, but I feel the camera is reading the radius of the curve and the on board computer knows the approximate weight so adjusts the speed according to algorithms programmed into it. And, it could be a combination of all you mentioned above.
Click to expand...

EVie'sDad said:
Yes, it will slow down when it sees signs for curves, although as others have said, sometimes depending on the signage, it may not work. Also without signs, it frequently barrels around the corner at too high a rate of speed to take the corner safely, but it is improving. Just keep in mind that TACC and Autosteer are tools to aid in driving certain easier scenarios, and winding curvy roads do not really qualify for either.
Click to expand...

Erm, neither of these are quite right, I don't think. I'm almost positive the curve-aware slowdown component in AP is largely fed from the onboard high fidelity mapping data. I'm almost positive it isn't parsing either yellow speed limit signs (you don't see the interface update with those new values, for instance) or curve ahead signs.

Instances when it doesn't slow down in the curve is probably due to a lack of the high fidelity mapping it needs.

For instance, it regularly slows me down to 65 when I'm set at 75 on a sweeping freeway curve (5 lane large freeway, 3 lanes in the curve) I drive, but up in winding rural mountain roads, it was no where near as vigilant about that.

It may also have to do more with it having greater visibility for the totality of the curve, but again, I think mapping plays a significant part.

R
Autopilot can be unreliable on winding roads