Battery Coolant Pump or Fan Always on and Making Noise

I am long time fan and new owner of Model 3 SR+. The car runs well, but it seems the battery coolant pump or some fan in the front is constantly running. It seems to be coming from the center-back of the front hood and can be heard distinctly from the inside or outside of the car.

This pump/fan seems to be constantly on even when the car is parked, not charging, and I have pressed the power-off button. Seems to stay on even after hours of being parked....

Is this normal? I am worried there is some defect in the battery cooling or somewhere else that is causing this pump/fan to run constantly..... I expected the car to be fairly quiet when parked and turned off, similar to an ICE car... Do other M3s make this constant sound/noise.... It seems excessive that it would have to run constantly....

I recorded the sound by placing my phone in the frunk area.. link to recording here.
•••

My answer below about what it is, is 100% speculative - I have no idea, just to be clear. I do think it's a cooling pump circulating fluid. Since it comes from the general area of the main computer, I suspect it has something to do with cooling this computer, rather than cooling the battery. But perhaps it is doing both sometimes.

The reason I don't suspect the battery cooling is because it can make this noise after the car has been sitting for a long time, so there is no heat in the battery to remove (so it's not cooling/heat removal), and as far as warming the battery goes, the car cannot produce significant enough heat in idle mode to be useful (it's about 250W; the motor inverter-based battery heaters are 3kW each, so 250W is not going to be enough to even keep up with heat loss to ambient - you can see this with 1.44kW charging, which is barely sufficient to add any charge to the battery when it's cold enough, because all of that energy is spent warming the battery - it takes a lot to be significant!). Aside from that, other than in preparation for charging, there's also no real reason I'm aware of to waste energy heating or cooling the battery (though obviously battery storage longevity is best at a particular temperature, there's no evidence that Tesla tries to maintain this temperature at all times, and in fact they heat up the battery quite a lot when driving for optimal regen & charging (a different problem than storage of course) ).

Anyway, those are my thoughts. There was also a report here of someone needing an MCU replaced when his coolant system got destroyed by a dead deer on the road. So cooling of that MCU is apparently important.
•••
E

I was about to answer, but when you pushed the power off button on a car that doesn't have one.....
Reactions: HarleyW and AlanSubie4Life
•••
L

There is a power off software button in the "Safety and Security" menu, this is the one I was referring to.

Not sure about the computer cooling being the cause, it is cold here in MN, so I would not expect the computer to need cooling in the winter when the car is idle....
•••

You may want to create a service request through the app, and explain the situation. You also have preconditioning, cabin overheat and sentry mode off?
••• 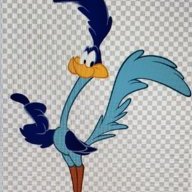 Could be battery heating. ScanMyTesla app would provide valuable data regarding battery and drive motor temps.
••• 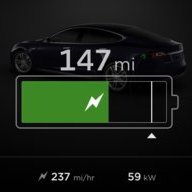 ScanMyTesla shows the Battery Flow and Powertrain Flow always on, pumping 5.00 lpm. This makes a constant hum. This pump also circulates fluid through the computer. I believe this is why I see a higher phantom drain on the battery. 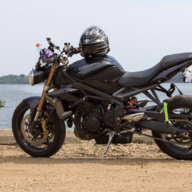 In colder conditions, it seems to keep the pump running for some time, until the rear stator/coolant is near the temperature of the battery, lower than the motor temperatures. I'm not sure if this is cold weather behavior or it does this in warm weather as well. It's normal and I wouldn't be at all concerned.
•••
J

What was the outcome of your service? I have service and the same issue today.
•••
B

Fan runs a while to dry out the HVAC system too.
•••

brkaus said:
Fan runs a while to dry out the HVAC system too.
Click to expand...

Lloyd said:
No, been on for a week.
Click to expand...

When parked at my home, it is not uncommon to have the car awake for 4-6 hours and I have seen much longer awake times on older firmware versions. When away from home, the car enters sleep state fairly quickly. The only way I have found for the car to sleep at home as quickly as it does when away is to forget the home network. Having a unique SSID and turning it off and turning the Wifi off in the car does not seem to help. I have seen states where there is no apparent pump sound but the car it not sleeping. I would assume this state would use less power but it is not truly sleeping. If you put your ear to the charge port door and do not hear any clicking the car is actually sleeping. I am not sure why the car evidently tries for many hours to connect from the home network to the mother ship when there is no Wifi available?
•••