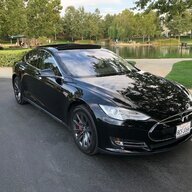 I've never had my X charge to strange percents. If you charge early in the morning and it sits for a few hours before you check it the battery level might be down due to vampire losses. I think most likely at 76% to 77% is that the car did not actually charge at all. typically it will wait until it's about 3% lower than the charge limit before it will start to charge. That's all normal.

The 85% charge drop could be normal battery degradation (how old is the car?). It could also be an imbalance (helped by charging close to 100%, but don't leave it sitting at 100% for long), or just a battery monitor estimation error (helped by nearly draining the battery and then filling it again). That should allow a more accurate estimate. There have also been firmware updates that have changed the battery level estimate that can cause a sudden drop in rated miles at specific percentage charges. That happened to my X in mid-2017, but is very infrequent. But if you are comparing RM from long ago to RM now that is a possibility.
D

It's not possible to reboot the battery , I think you need to visit service center and ask them to take a look at your problem, you can try to power cycle by remove 12v power and see if ti helps

Always call fremont with a problem. Get in the record of the car.
877.798.3752
They have a new call center which i dont like. But we have to live with it.

A
battery charging, is this possible?