Be ready for anything at a Super Charger 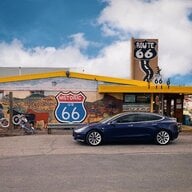 I went to my favorite SC last night because it happens to be in the parking log of a Target so can grocery shop while charging.. win-win When I got back to my car, I noticed a black Tesla next to mine but didnt think much about it until my daughter told me as I was loading the trunk that someone wanted to talk to me. The passenger in the BT was asking for help. Long story short is that the couple had just gotten their Telsa the day before used from a dealer. They had taken it out for their first extended trip ( 100 miles or so) and were down to 20% ( 60 miles) and needed to charge. The car had been bought on something of a whim.. and the dealer being what they are, didnt know anything about the car other than its electric and its a Tesla, sign here. So they didnt get any information from the dealer as to operation and using the car. They showed up at the super charger with the idea they could plug in and use a CC. So yeah.. that didnt go so well.. they added the card to the app.. still no go.. In the process of showing them the app, I asked to see their phone screen and saw that the car was not showing up in the app.. Yep.. I know this issue.. and I had to explain to them that the car has to be transfer by Tesla from the old owner to them so at the least, the SC will work for them. Also, the dealer didnt include ANY charger with the car. So no J adapter and when I showed them mine, they were like "we have never seen that or were told about it". I explain how it worked but I had a better idea to get them charged and home. I had them download the PlugShare and showed them how to use. I knew there was an EV Go station just a few miles away that had a Tesla adapter and I knew it worked because I had used it a few days ago myself as a test. Showed them where it was.. told them exactly how to get to it because it's hidden behind a KFC. I warned them it's not cheap but it would charge the car and get them home. I would have had them follow me there but I had my 14 year old in the car and raw meat that had to get home. So hopefully they made it there and home.

This is not the first time I had to help someone with their EV because the Dealers are pretty useless when they sell them.. even new ones. When I bought my own M3 used, it was the same thing. The dealer didnt know diddly about the Tesla and could not even open the glove box which is how I found the original owners name/address on his old registration still in the glove box.

I've considered putting together a flyer with an FAQ on it for giving to people when I am asked for help.. I have had it happen often enough of late. Crazy.. I mean.. who would go on a 200 mile road trip in a new to them car without knowing how to charge it? I kinda of get it.. I mean people read/hear all the time about "Superchargers.. just plug it in" and I am guessing they assumed it was like any gas station.. whip out the CC and punch in a PIN.. good to go.

What about y'all? I wonder if this story repeats because this SC is just a mile off the freeway and the last SC for about 50 miles heading east. There are few J chargers about 20 miles away but if you dont have the adapter, they dont count.
Reactions: pilotSteve, superblast, theothertom and 9 others
••• 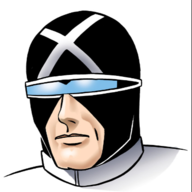 I've had similar "I don't know what to do" stories at charging stations before, but never Tesla owners.......these were at L2 and DCFC when I had my Leaf. Usually it was that they didn't know they needed an account with whatever charging company was running the chargers, as some didn't take credit cards.

You did a great deed helping them get to the other charging location.
•••
W

I had a similar situation occur a few months ago - while at the EVgo (w/integrated Tesla adapter) at the Sea-Tac airport cell phone lot. A fellow pulled up in a Model X with 10 miles of range left, no nearby Supercharger, and zero idea of how to use EVgo. He tried using his credit card, and it wouldn't authorize. I had him download the EVgo app and enter his credit card into it. Still wouldn't authorize. So we tried using my EVgo account. (He offered me some cash in return, but I wouldn't accept it.) My authorization worked of course, but then for some technical reason his car still couldn't couldn't connect. We even tried moving his car to the other charger, which I had just been using and same error. So I wasn't sure what to do. By that time, my wife's flight had arrived at the airport and she was "Patiently Waiting..." for me to pick her up. When I left, he was down to 7 miles of range and was trying to call the EVgo help line. I also suggested Tesla roadside service.

In retrospect, I should have used plugshare to find him some L2 charging as there are a number of locations around the airport he could have used. Same with using the 'one lightning bolt' filter on the on-screen nav to find Destination Charging. I also should have written down the error message during the connection attempt - for later analysis here on TMC. But didn't have the presence of mind to do so.
Reactions: SteelClouds and tm1v2
•••

I
Tesla App Keeps Losing my CC Info for Supercharging

Model Y: Ordering, Production, Delivery Monday at 8:54 AM
Danadavenport
D
A
How to charge a newly purchased used car before it's added to my tesla account.