First off, overall, I like AS. Wouldn’t live without it. That said, there is definite room for improvement. The biggest issue i have is how it handles merging lanes. Just at the point the merge happens and the dividing line disappears, AS will yank the car to position it in the middle of the now momentarily widened lane.

2 situations i encounter frequently where this can be dangerous. There is one section i drive thru frequently where 2 lanes merge and then a 3rd lane to the right merges a short distance later. If i am in the middle lane with AS on, first it yanks me to the left and then to the right. To people behind me, it must feel like there is a fight going on for steering control

the other is when a short lane is added to the left of the leftmost lane to allow left turns. If i am following a car, the cameras see the break in the left lane marking but not the lane marking that appears after a short distance and AS thinks the lane is widening, will start to go left, then see the marking and yank back to the right.

Can’t image why Tesla hasn’t been able to figure this out yet OR the occasional, neck breaking phantom brakes 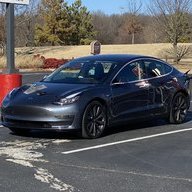 I have a certain road section that has turn lanes coming off of it periodically and one turn lane in particular if there isn’t a car in front of me, it swerves into the oncoming traffic’s turn lane! 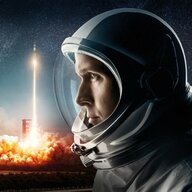 Yes lane merging is not good in auto steer. It's always bouncing from right to left and trying to center itself vs just staying where it is. I think the new Auopilot rewrite (FSD Beta) coming out this year (and in a few weeks to a select few) is going to address many of these issues. I can't wait to see some videos from the early release candidates that show if these types of issues are addressed or not. Hopefully we see something in the next week or two.