I have had this issue since I got my MY on Dec 12, 2020. I have gone through the updates and scheduled the appointment to have this fixed only to be told that it is a known issue and that they are working to fix it via an update.

I just want to know if any of you are experiencing this. I can still drive the car fine. I just don't have control over the things on the screen. IT will turn back on after a few minutes. Double scroll wheel reset does not make it appear faster. or even the one with the brake.
L

I've experienced it once. Alarmingly it was on an early cross country road trip. The car unlocked as I approached, I got in, the screen didn't come on, without thinking I subconsciously put the car into reverse and backed out of the parking spot. Then I went to punch in directions and realized the screen wasn't on. I put it in drive and pulled back into the spot, parked, and fiddled with the buttons and screen never getting anything.

So I backed out of the spot again and began driving. No cluster information or anything. I drove for about ten minutes before the screen popped on.

It hasn't happened again since. I assumed at the time it had recently done a software update and I missed the notification, but it was around 8AM and seemed an odd time to do that. I've since gotten in the habit of checking the car's status about half an hour before I go somewhere, and turning on climate control, from the app. If it's plugged in I sometimes check earlier than that and tell it to continue charging if I expect to be on the road for a while. 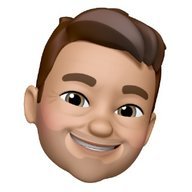 There is a discussion going on now about this and other startup oddities. What you're describing was a constant issue with my 2019 M3. Service had me forward the exact date/times this happened (which was a few times a week) and they said Tesla was aware of the issue and it should be fixed in a future SW update. It never was. It's happened twice on my MY. The big issue with my MY is the car not unlocking and/or waking with my phone. 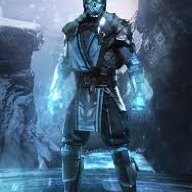 It has happened to me about 4x now and I've had the car since early December. The screen stays black and you can't punch in the key code to drive. I just leave the car, wait for it to lock and then wait about 2-3 minutes and then go back in. The screen would then work normally. Although it doesn't happen too often, it is still annoying and hopefully they come up with a fix.

H
MY Screen wont wake right away after a deep sleep

Model X Saturday at 2:57 PM
Arturino
A
B
Screen resets when reading user manual or using the browser.