The program, BlueIndy, is being run by a French company called the Bolloré Group, which says it is investing $41 million in the Indianapolis operation. A ribbon-cutting ceremony will be held on Wednesday with members of the company alongside Greg Ballard, Indianapolis’s Republican mayor who has long championed the program.

The company has said BlueIndy will have 25 charging stations and 50 vehicles around the city at launch, and the plan is for 200 stations and 500 electric cars in the near future. The cars themselves are small white hatchbacks made by Bolloré, featuring the BlueIndy logo on the sides.

Prices vary depending on the type of membership a driver opts for, and they’re charged on a sliding scale. Subscribers who sign up for a year pay $9.99 per month, then $4 for the first 20 minutes of a rental and 20¢ per minute after that. At the other end of the spectrum, a one-day membership is free, though the daily rates are much higher—$8 for the first 20 minutes and 40¢ per minute thereafter. Weekly and monthly memberships are also possible. There are no fees for parking, insurance, or gas (these are electric cars, remember), though drivers could incur charges for getting into accidents ($500 deductible) and things like failing to plug the car into the charger ($55).
Click to expand... 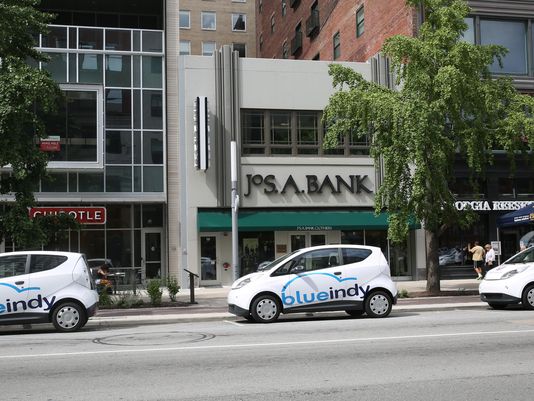 I've bought a subscription for a similar service today (50€ annual fee + 0.18€/min for rent). It's operated in Paris under the name Autolib, by the same company as BlueIndy and with the same not-so-sexy city cars. I'll be able to answer your questions next week if you have any.
•••