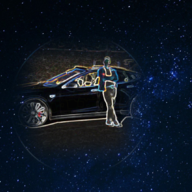 So, been like a year since I have been on here.

Last week I had my P85 towed up to Raleigh Tesla Center. The issue was that all four door handles were extended out, my app was off line and wouldn’t connect to the vehicle and my key fob would not engage the doors. The vehicle was in some sleep mode like an IPhone needing to be shaken.

So, this first happened about 2 months ago. One night I had gone to the garage to get something out of the P85 and all 4 door handles were pushed out. Weird. I tried to open with my hand but it wouldn’t work. I tried the key fob, no dice. I tried the app but it said the “vehicle lost connection” or something like that. I called Tesla. A mobile team from Utah was able to observe the vehicle and mentioned that it was “offline” and that they couldn’t understand what was up. They asked me to push the two toggles on the steering wheel. Fortunately my widows were halfway down so I reached in and opened the door. After doing that Tesla was able to see the vehicle and mentioned that the vehicle was trying to go through an update. The issue with this was that I never was notified through my app about an update. Anyway all seemed fine for a few days and it happened again. And then again but it always seemed to self correct. It’s random.

So, the 3rd time I brought it to Tesla. They couldn’t replicated the issue so the lead Tech and team said that it could be the “Body Controller” and that they were about 70% confident that this would fix the issue. I said let’s go ahead. I have no idea.

That was last Wed when I had it fixed and brought it back home. Well today it happened again but all four handles just wouldn’t open. App was not connecting and the key fob wouldn’t work. What’s interesting is that both times with the Tow guys is that we connected the jumper cables to the 12v (which I had replaced in OCT, this was after I had another one replaced back in March last year too. Man those 12vs are stellar). The jumper cables actually wake up the vehicle and make it a lot easier to drive unto the flatbed of the tow.

Needless to say it’s on its way back up to Raleigh as we speak.

Thoughts on next course of action? 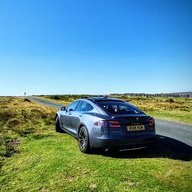 interesting , few questions for you .

What year is your p85?
What software version are you on ?
Have you had any issues with the emmc ?
Are you under any tesla warranty ?

B
Tesla App Unable to Connect after Update to 20.44