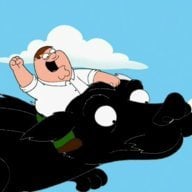 Last week, during the snow, I was turning left in my neighborhood and hit a patch of ice. The car slipped and the front passenger wheel hit the curb (probably ~ 5mph). I didn't think much of it at the time, except realizing I just scrapped the rim pretty bad. Later that day, tried driving again, and I realized I had to hold the wheel at 10 degrees to the left to drive straight. At this point, I figured I knocked the alignment off. Took the car to my local shop, who said they couldn't fix the alignment bc I snapped off a piece of the subframe. I would have thought they were trying to pull one over on me, except they showed me the sheared off piece. My first thought was that they did this and were trying to cover it up. I returned to the accident site, and sure enough, I found the broken piece of subframe. Eventually got the car to Telsa for a comprehensive diagnosis. They concurred with the diagnosis and gave me an estimate for cost repair.

I've been racking my brain as to how so much damage could come from such an otherwise minor incident. The service guys seemed skeptical of my story, essentially agreeing with my concern that this is a 1 in a million injuries. I even questioned if the below freezing temps could have weakened the aluminium, but they didn't think that was possible either.

Anyone else ever have an issue like this and/or have any thoughts?

For what it's worth, they got the car in right away and are taking care of things as soon as possible. Very responsive to my needs and calls. Also, the price to replace the subframe is on par with the cost of a Jeep Cherokee (per my local guys) - so the repair isn't astronomical, but definitely not expected.
Reactions: 1 person

follow up question . . . . What's your breaking point for paying out of pocket vs insurance claim? I realize this is a personalized question, but I have never made an insurance claim and worried about increasing rates.

Looking at the 2nd picture here, the subframe looks quite exposed to possible hits. And I could imagine how a good hit on the wheel is transmitted to the subframe through the tie rod. The car is heavy, and aluminum is not as tough as steel.

Personally, my threshold for insurance claim is probably around $5k.
Reactions: MGMDaware

yup, you nailed it. Great pic. Although, I think that pic shows the rear (mine was in the front), the second image perfectly demonstrates where the subframe meets the casting bolt (at point of damage) and wheel arm. Thanks for your input.

C
Camber issue [due to hitting a curb]

Pulls to the LEFT under Acceleration, pulls to the RIGHT under Regen.