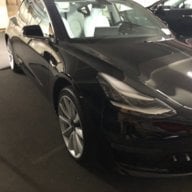 So I've definitely tried this several weeks ago and it didn't work, but I had some extra time today and was playing around and decided to visit Twitch.tv on my Tesla Browser and low and behold, I was able to stream live feeds! Several weeks ago when I first tried, an error popped up saying something to the effect that the browser was incapable of video playback or something... but Twitch was working in all it's glory! Has there since been an update that permits this sort of video playback?

Further - I am also a subscriber of YouTube TV (I cut the cord officially about 2 years ago and couldn't be happier) and also discovered that this is accessible through the new Tesla YouTube App in the entertainment section. It's a bit hidden, and seems to log me out each time, but I was able to watch full blown live TV through the app. I only tried it twice but will see again soon about the re-logging in.

Anyways, just wanted to throw these two items out there because... super cool!
Reactions: Need and davezforce
•••

BZM3 said:
and side note - my car is an SR+ with 'no' premium connectivity. So double awesome...
Click to expand...

M
Unable to login to Spotify