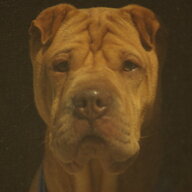 I recently bought a used 2016 Model S. It looks like I have the HEPA air system as part of the Premium Upgrades Package. Does this mean I have BOTH a regular Cabin Air Filter and a HEPA filter to change or just the HEPA filter?

gr108 said:
I recently bought a used 2016 Model S. It looks like I have the HEPA air system as part of the Premium Upgrades Package. Does this mean I have BOTH a regular Cabin Air Filter and a HEPA filter to change or just the HEPA filter?
Click to expand...

Just like with your other post where you mention having a 2016... there's two different cars that cover that model year. Just like that thread, the exact hardware you're talking about are two totally different pieces of hardware depending on which version you have.

The first half of 2016 the cars were largely the same as the Model S that started in 2012. Lots of incremental updates over this timeframe but it looks basically the same. This is commonly referred to has a "Pre-fresh" or other names. Easiest way to tell looking at the car is the large black oval nose cone on the front of the bumper cover. This also has the previous HID headlight housings which is important for that other thread.

Starting in the middle of 2016 Tesla introduced a newer version called the "Refresh" which had a smooth front bumper cover w/o a nose cone among other updates including a possible HEPA air filter assembly. This one also has the newer version LED headlight housings.

There's other differences so I would research this to find out what they are for your own knowledge but also share which version yours is as you ask questions so those who reading know how to help.

Thanks for your help. I didn't realize they made such drastic changes during 2016. I have the newer refreshed style. I'll make sure to include that when I ask questions in the future. The details on the Tesla website shows "Premium Upgrades Package" as an item. I think that includes HEPA from what i've seen. I have the biohazard button on my screen too. But I have no idea if the previous owner changed the filters etc. I figured I would just start with fresh filters and keep track of it on my own.

You should have the two separate filters, the huge HEPA filter, and the cabin filter, as on the current cars.

E
A Clean Cabin Air Filter After 2 Years Use

J
One or two air filters?