Anyone run into this lately? The temperatures have dropped here but I've been getting this message even when it hasn't reached freezing. When this happens, I hear an intermittent "click" noise coming from the charge port that won't go away, even after the car is stopped or rebooted.

Most days it happens, it'll just go away after a few hours.

Operation of the charger port remains normal and I'm able to plug and unplug without issue. The manual release cable itself seems to be functioning fine as well and isn't stuck or blocked as far as I can tell.
•••
S

If it isn't freezing, it sounds like your port is going bad.
•••
P

Just a follow-up to this - I scheduled a Service Center appointment and a few days before the event, they reached out to me and asked where I'd like the Mobile Service to be performed as they can do this without a Service Center visit. We made arrangements for them to come to my house and everything went according to plan - the service tech replaced the charge port actuator but the problem persisted. He further inspected the charging wiring and noticed a frayed bit of wiring that he said would require a Service Center visit to address.

We went ahead and scheduled that and they replaced the entire charging mechanism and had it taken care of the same day (I was provided a Model S loaner in the meantime, which was convenient).

Everything works as expected now - no idea how that wire got frayed or why it tended to be more a problem below 40 degrees. It doesn't seem to be a physical moving part so it must've been frayed from the factory and the colder weather may have caused some tolerance shift as things contracted... either way, I'm happy that it's addressed.
Reactions: go2realize
••• 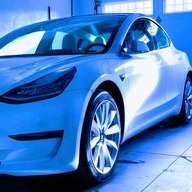 This only happened to me once, I think due to extremely cold temps. The emergency pull ring was the only way I could get the charger unlocked.
••• 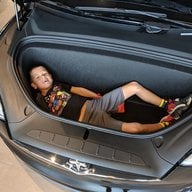 small hijack - but after one of the more recent updates, i've noticed that the charge port latch will open before the door does. previously (and when i first purchased the car), the sequence was, charge door open, latch opens (audible).

was this documented? do others have the same thing going on?

it's also not 100% consistent. SOMETIMES the latch will disengage after the door opens, but most of the time it's completely open when the door opens.
•••

Charge port LEDs may not illuminate