Discovery Channel has begun posting episodes of “CAL FIRE” as of 8/20/20 on the website. If you have a Satellite/Cable provider which carries Discovery Channel you can watch it online on the Discovery App. Eight weeks of episodes following firefighters from Northern, Central and Southen California.

Episodes are short, seeing something like 9 minutes. Two episodes posted as of tonight. Here’s an article I came across about the show:

Found that even if you don’t have a provider, Discovery Channel has made viewing it available on their website:

New episode posted #104, on the Creek Fire in Fresno County where more than 400 campers were trapped at Mammoth Pool.
•••
S

New update: The Glass Fire in Napa has just been posted.
•••
S 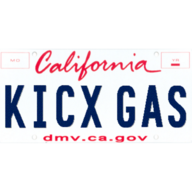 Here we are again heading into fire season in California. Just this past week the whole western US was in 100+ weather and in extreme drought in many states. Time to reflect on these brave men and women who will be gone for weeks at a time from their families but who help protect us from what this year will bring. Decided to check out CAL FIRE on Discovery for any video updates. And there were.

Discovery Channel released 3 more videos in January. I’m able to watch with the Discovery Go app thru my provider. These are full episode production videos each 42 minutes unlike the 2020 8- to 10-minute shorts previously aired.

Season 1 Episode 1 “Sacrifice” (1/ 03/21) includes the southern Calif. Riverside County Apple Fire (3 fires that merged into 1) and in northern Calif. near Redding the Shasta County Ponderosa Fire. That one was challenging due to power lines near the blaze. Touched on the Paradise Fire from 2018 which had a large loss of life as well as decimated most of the town.

Episode 2 (1/20/2021) covers the the Salinas Valley River Fire in Fresno County, south of San Jose. They also have to battle the Carmel Fire that breaks out 10 miles to the south of it. These were part of the lightning fires that broke out. Some of the footage used was previously aired in 2020.

Episode 3 (1/17/2021) covers the Creek Fire in the Sierras that involved the multiple helicopter rescue of campers at the lake that was surrounded by flames. A 10-minute video was previously released in 2020 as Episode 104.

I see from the link in Post 1 above that there are 3 more full episodes (4-6) posted after the ones mentioned here. With the DiscoveryGo app and my provider log in, I see that I can stream these and do not have to sign up for the Discovery+ subscription service BTW.

Hope people will check these new videos out. I saw coverage of many of these fires on local tv news and in online coverage but these Discovery CAL FIRE video episodes give a unique perspective to battling them and better appreciation of what these fire fighters go through.

Netflix series “Away”: the journey to Mars, chock full of personal drama